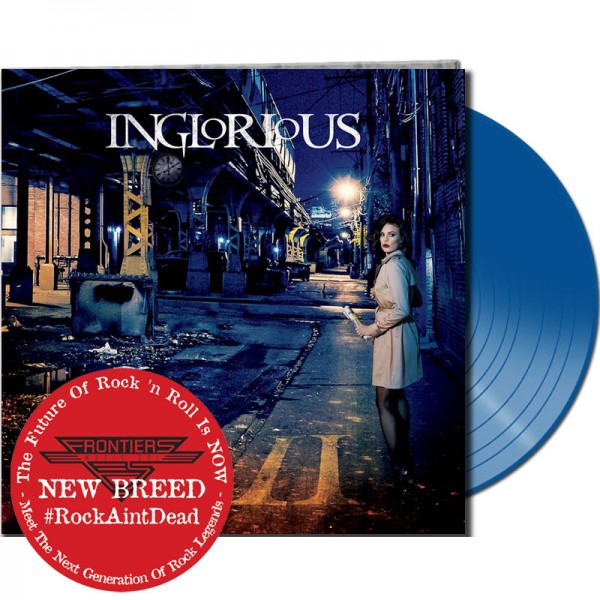 INGLORIOUS are part of Frontiers’ New Breed family. The New Breed family is the label’s stable of young, exciting, up and coming bands who will be the future of hard rock and metal. The label is focused on finding and developing new bands that will show the world that rock is indeed far from dead

Between Adde's flat in Malmö, Sweden and Colin’s family home in Somerset, England, this album came together quickly. We spent three weekends in Somerset, writing in a kind of 9-5 fashion, whereby we knew we were at work. Then after a lovely home cooked dinner we would relax, have a few beers and balance out our hard work, the environment is so important to be creative and we had it good!
The first album was produced well by the band, that they decided to produce this one themselves too. These boys are becoming a force to be reckoned with.

TRACKLISTING:
I Don't Need Your Loving
Taking The Blame
Tell Me Why
Read All About It
Change Is Coming
Making Me Pay
Hell or High Water
No Good for You
I Got a Feeling. Black Magic
Faraway
High Class Woman