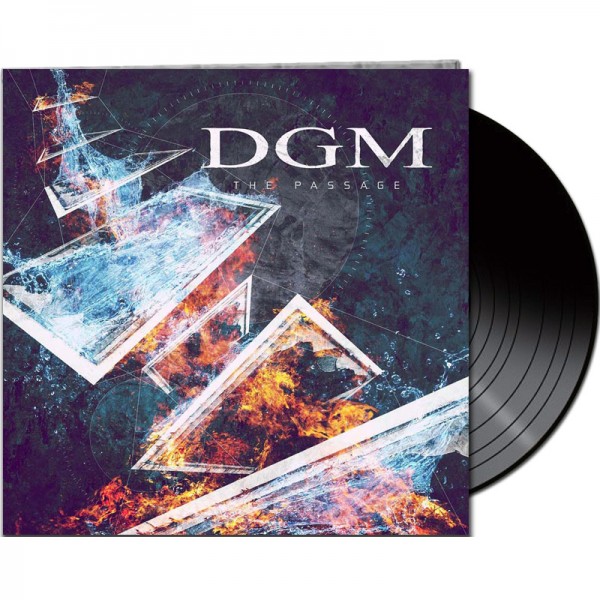 The Passage is DGMs eighth studio album and is the culmination of almost 20 years of hard work that started back in 1997 with the release of their self-produced mini-album, Random Access Zone. The band went through several incarnations and lineup changes during the years, but since singer Mark Basile entered the group in 2007, DGM evolved and developed their sound into what they have now become. It was probably the release of Frame (2007) that pushed the band into the top of the league of international prog metal. It was also on the strength of this material that DGM managed to tour for almost four years around the world, taking part in some of the biggest metal festivals, supporting Symphony X on their European tour, and sharing the stage with Pagan's Mind too. In 2013, DGM came back with "Momentum", an album which showed the full stylistic maturity of a band which felt fully confident with their abilities, both on the songwriting and the musicianship side. The last album was promoted with more shows and after several gigs in Europe, they performed for the second time at the Prog Power USA and started their first Asian tour in November 2014 playing Beijing, Tokyo, Nagoya and Osaka as headliners. The new album, The Passage is another substantial step forward for DGM. Sounding like a hungry, urbanized version of Symphony X, with substantial hard rock influences, the new record is remarkable in several aspects. The compositions are phenomenal, with sweeping choruses, technical passages, lightning fast fretwork, big vocals and bombastic transitions. The playing is simply faultless and the melodies are perfectly woven into the killer guitars, epic keyboards, and pounding drums! Evergrey singer Tom Englund and Symphony X guitarist Michael Romeo appear as special guests on this outstanding album. And let's not forget the great job that producer Simone Mularoni did in the studio! The future looks bright for these guys! Check them out live when they come to a town near you!