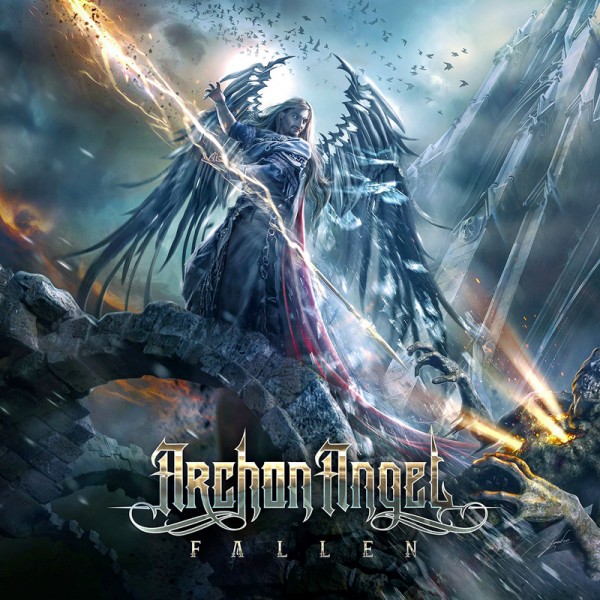 Archon Angel is a new band project born from a meeting between producer/guitar player Aldo Lonobile (Secret Sphere) and former Savatage and Circle II Circle vocalist Zak Stevens during the making of Timo Tolkki's Avalon's 'Return To Eden' album, of which Aldo produced and played guitar and Zak did some guest lead vocals. The two soon started talking to Frontiers about the concept of working on new music together, which was met with great enthusiasm from the label. Aldo submitted to Zak some song ideas which were reminiscent of the classic Savatage sound of records such as “Edge Of Thorns” and “Gutter Ballet”. The two felt the magic was there, so no time was wasted in getting together to craft an absolutely striking metal album.
Ever since Savatage released their last album “Poets & Madmen,” fans have been wondering what has been going on with the band. Many releases have come from the band’s members. Chris Caffery, Zak Stevens, and of course the Trans Siberian Orchestra releases have been out there; however none of them were making records that sonde like Savatage….until now! With songwriting and production courtesy of Aldo Lonobile, Archon Angel sees Zak Stevens return to the classic Savatage sound with a particularly strong and inspired release which is going to bring the listener sback to classic albums such as “Gutter Ballet”, “Handful of Rain,” and “Dead Winter Dead”.
Aldo and Zak were also joined in the songwriting department by some of the most outstanding writers and musicians from the Italian Rock scene, including Simone Mularoni (of DGM and Sweet Oblivion) and Alessandro Del Vecchio (Aldo’s bandmate in Edge of Forever and of course Jorn, Hardline, etc.).
The album itself deals with a central character, the "Archon", who is a modern day angel figure. The idea goes back to the religious system of Gnosticism. The only difference is that we are immersing the Archon's story into modern-day times. The Archon is a medium who brings messages to God (Demiurge) from the people of Earth. The only real concept to the album is that they simply follow the story and life and times of the modern day "Archon" and his life as he is called upon to protect the people of earth through frightening, turbulent times.
Archon Angel are currently working on booking some live shows in support of the album. If Savatage are a favorite of yours, then Archon Angel's "Fallen" may well be your album of the year!