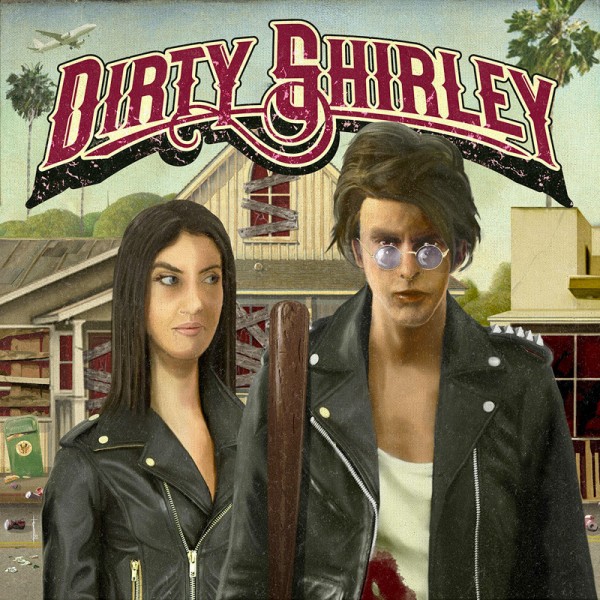 Powerhouse vocalist Dino Jelusic is in high demand these days. After the release of the debut album and a covers EP with his band Animal Drive and multiple successful tours as one of the vocalists with the annual touring juggernaut Trans-Siberian Orchestra, he started to receive calls from multiple respected musicians around the world asking him to collaborate. Dino would never say it, but we’ll say it for him, he simply has the pipes to sing everything when it comes to hard rock. As a matter of fact, Dino has a special ear for classic US hard rock music, so when the chance to work with George Lynch (Dokken, Lynch Mob, The End Machine) came about, he simply could not resist!
The Dirty Shirley project covers much ground in the songwriting department, offering different influences from 80’s metal to 70’s and 90’s sounds, showcasing George Lynch continuing his im-pressive of role of being more inspired and creative than ever befo-re and of course, the aforementioend killer vocals from Dino!
Dino shows he can sing any hard rock style and, of course, Lynch
offers a totally inspired performance.
A must hear for fans of either musician and certianly for those car-ving a “new voice” in hard rock!