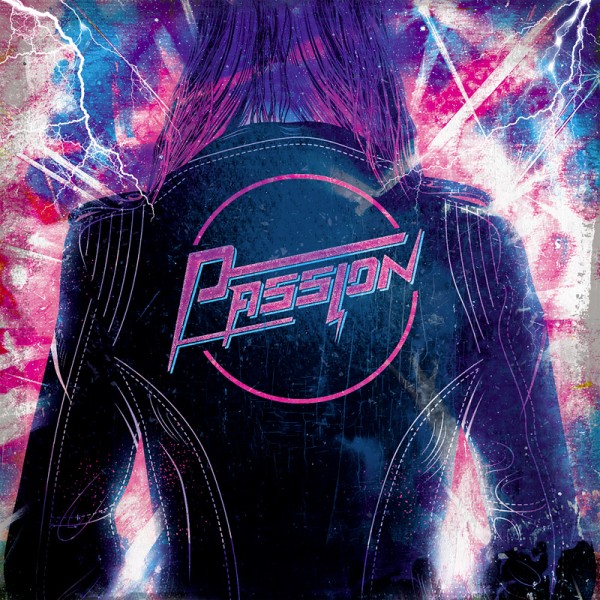 Passion is a new band created by and centered around former Night By Night vocalist, Daniel Rossall a/k/a Lion Ravarez.
Inspired by the hard rock giants of the 80’s and 90’s, the idea of forming a new band sparked in Rossall's mind when he collaborated on a song in 2017 with other former members of Night By Night. The resulting song, which could be described as amalgamation of early 90's classic hard rock with 80's AOR, was so encouraging that it pushed Rossall to create a whole album’s worth of material.
Rossall decided to send some of the demos he was working on to Frontiers and said demos immediately sparked the interest of the label who eagerly signed PASSION to the label’s roster.
"Passion is very honored and proud to be a new member of the Frontiers family,” says Rossall "It's a great pleasure to be among friends, influences, and other dedicated artists who all look to deliver the best music possible. We are very excited for the release of the debut album and cannot wait to perform these songs for rock fans all over the world. This is a fantastic musical opportunity for us and I would like to thank Frontiers for providing a platform to deliver our music to the right audience. Let's ROCK!"
While Rossall played most of the instruments on the album and produced it, make no mistake, PASSION is a band. 2019 will see "The Rise of Passion" with Lion Ravarez on lead vocals, Weston James Jr. on bass and backing vocals, Chance Vanderlain on guitar and backing vocals, and Bobby Laker on drums. An absolute must for fans of AC/DC, Aerosmith, KISS, Danger Danger, Foreigner, Journey, Ratt, Van Halen, and the like.