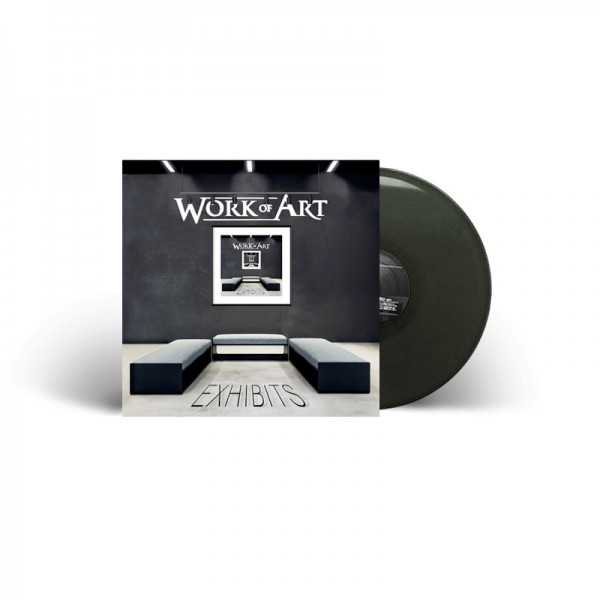 “Exhibits” is the anticipated fourth album from the Swedish AOR trio WORK OF ART. A release which has been in the works for more than one year and a half, but finally gets unleashed to the hungry legions of fans that this band has been able to build after just 3 albums.
WORK OF ART debuted in February 2008 with the release of “Artwork”.  Coming out of nowhere, the album immediately struck a chord with Melodic Rock lovers all around the world. With a sound inspired by such band as Toto, Giant & Journey, WORK OF ART quickly established themselves as one of the most promising newcomers in the genre. Soon after WOA guitar player and main composer Robert Sall joined W.E.T, the band project with Jeff Scott Soto and Erik Martensson from Eclipse, thus being immediately catapulted in the stardom of the genre!
As a consequence of this, expectations for the follow up “In Progress” were sky high. Work of Art managed to live up to that, entering the Swedish album charts on the week of release at number 30! The next step for the band was to start performing live on stage which they did for the first time in Madrid, Spain in January 2012 and was followed by several other shows in several other European countries. “Framework” followed in 2014 and kept the momentum for the band which - simply put - became the top new AOR band from Europe!
“Exhibits” is therefore the logical next step: an album which encompasses all that Work of Art managed to create until now, offering another bunch of unforgettable songs with soaring melodies (courtesy of singer Lars Säfsund) and amazing instrumental prowess (offered by Robert and Herman). Overall this is certainly Work of Art’s most up-tempo and straight ahead album so far, but – as it should be – some unbelievable softer moments are there as well! Legendary keyboards player Vince DiCola (the author or the immortal “Training Montage” piece on the Roxy IV soundtrack) us special guest on keyboards on “This Isn’t Love."