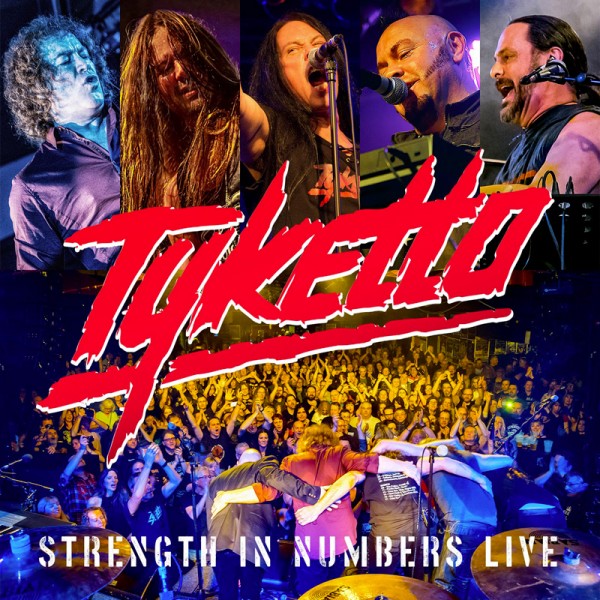 Tyketto release a new live album to celebrate the 25th anniversary of the release of their second studio album "Strength In Numbers".
Released originally in 1994, in a time when Grunge and Alternative Rock were dominating, Tyketto soldiered on and came out with possibly the best record of 1994 in Melodic Hard Rock.
Tyketto went out on the road to celebrate the "Strength in Numbers" 25th Anniversary Tour in March 2019 and was a slam dunk, with both the band and audience in prime form! All the shows had an intense, yet personable energy about them and this is fully reflected in the live CD release.
The album includes all the songs originally included on the  "Strength in Numbers" album plus an unreleased song "Wait Forever" included, a song that was written during the recording session of that album but that the band never managed to record and release.
A beautiful release to complement the recent "Live in Milan" where Tyketto performed from start to finish their debut album "Don't Come Easy". Another proof that the band is alive and kicking and looks forward to the future!