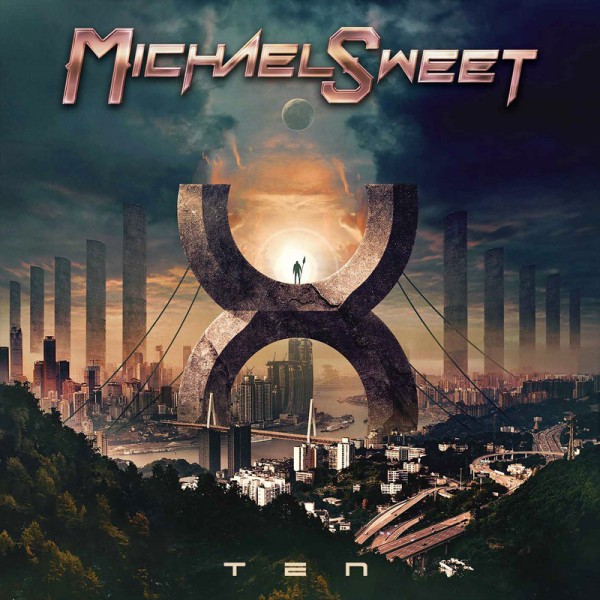 In what promises to be Stryper front-man Michael Sweet’s most intense solo release to date, "Ten" showcases a full plate of hard rock & classic metal riffs from start to finish. Michael Sweet said: "It's called 'Ten' 'cause it's my tenth album, and because there is a title track on there about the Ten Commandments - a really powerful song. There's real heavy stuff. It starts kind of smacking you in the face and it ends kicking you in the gut."
This new album clearly proves that he is still at the very top of his game. Guest musicians who appear on the disc include singer Todd La Torre (QUEENSRŸCHE), drummer Will Hunt (EVANESCENCE), bassist John O'Boyle, and guitarists Joel Hoekstra (WHITESNAKE, NIGHT RANGER), Jeff Loomis (ARCH ENEMY, NEVERMORE), Marzi Montazeri (EXHORDER, PHILIP H. ANSELMO & THE ILLEGALS), Gus G. (FIREWIND, OZZY OSBOURNE) and Andy James.
There is a a different player appearing on every song. "It started out where I was gonna have just a few players," Michael said. "Then I thought, you know, it would be really interesting to bring in a different guy on every song. And I started putting names out there and reaching out to people, and they started agreeing to do it. And then I had guys reaching out to me."
Musically, Michael Sweet says about his new solo album: "There are old-school, straight-ahead metal ideas à la JUDAS PRIEST and DIO, as well as a few uptempo riffs à la IRON MAIDEN. There's also a few ballads with a bit of a LED ZEPPELIN vibe.
"I'm really excited about the musical direction. I'm bringing back a few of those classic hooks and melodies that some of you have asked for. Ask and you shall receive,” Michael concludes.