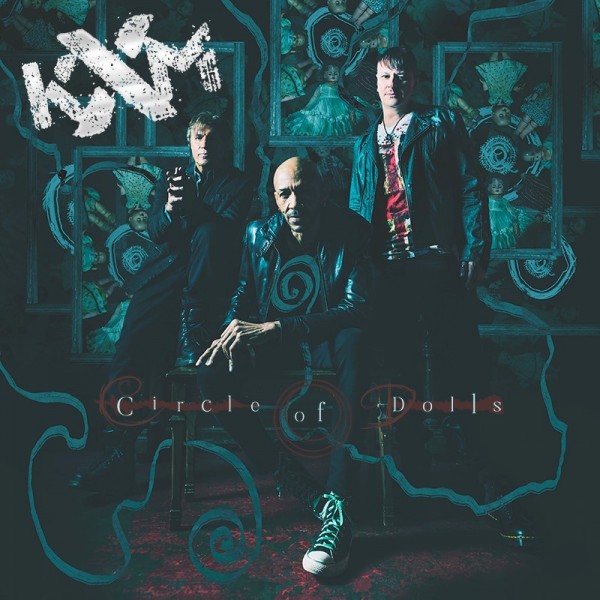 KXM — which derives its name from a combination of its members' other projects (K from KORN, X from KING'S X and M from LYNCH MOB) — issued its self-titled debut in 2014. The 13-track follow-up, "Scatterbrain", was released on March 17, 2017. Now the band is back with a stronger and awesome new album which - in George Lynch’s words - “it’s better than the first two. It's insane. The magic's there, the chemistry's there, and we're just sitting here patting ourselves on the back, telling each other what geniuses we are!”
KXM is comprised of dUg Pinnick of King’s X on vocals/bass, George Lynch of Lynch Mob/Dokken on guitars and Korn’s drum maestro, Ray Luzier, rounds out the powerhouse trio. The band takes its name from the combination of the member’s other projects: K from Korn, X from King’s X and M from Lynch Mob.
Since the self-titled debut, KXM is something truly unique and special. The songs are powerful, precise, and transcend beyond the boundaries of the imagination. In today’s overpopulated music arena, true gems become harder and harder to find, but KXM’s unified vision rises above the normal and creates its own space.
KXM formed in early 2013 when dUg, George and Ray spoke about trying to jam together. At the time it wasn’t clear what would come from those jams. The only thing that was clear was that these 3 musicians, at the top of their game, wanted to play together. The self-titled debut, KXM, was born from those jam sessions and is now an important piece in each band member’s musical legacy. In a world that constantly searches for new and unique music, KXM delivers all the power and punch that one would expect from these high level players!