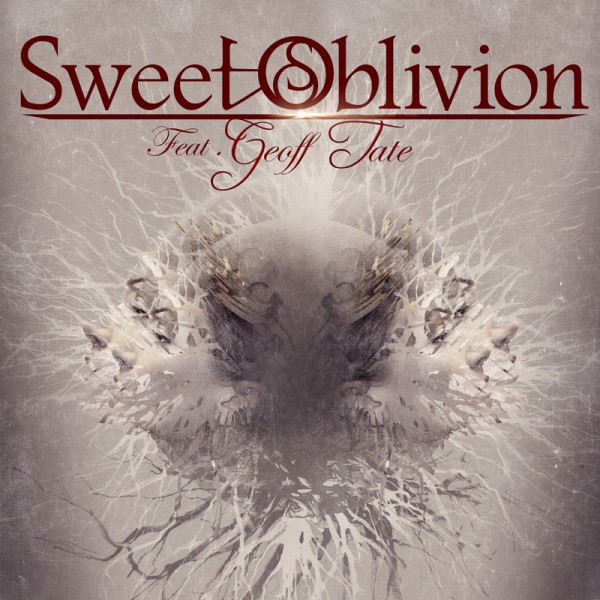 SWEET OBLIVION is a new metal project featuring legendary former Queensryche and current Operation: Mindcrime singer GEOFF TATE together with a team of skilled Italian  musicians put together by Simone Mularoni, the mastermind behind prog metal masters DGM.
The idea for Sweet Oblivion was to create a musical landscape for Tate which was akin to the sound of the metal albums he released with Queensryche during the 80’s, along with some other different musical influences thrown in to sweet the pot.
Musically, this album offers a collection of songs showcasing the great songwriting and performing talents of Mularoni and his cast of musicians and marks a very welcomed return for Tate to a style that he made famous along with his previous bandmates.
Fans of Tate’s work in Queensryche’s early days will not want to miss this!

Geoff Tate gives his fans what they want to hear

I’m not one of those fans who feels like he needs to pick a side in the ongoing Queensrÿche war. I can appreciate both the albums Michael Wilton, Eddie Jackson, Scott Rockenfield and Parker Lundgren have released with Todd La Torre and the ones Geoff Tate has recorded as Operation: Mindcrime. I just wish they could have made them together... If there’s one good thing that came out of the Queensrÿche split, though, it’s that it’s shown us what each used to bring to the table. The songs on the self-titled album, “Condition Hüman” and “The Verdict” have some very good guitar riffs, rhythm sections and solos, that are indeed reminiscent of the early days of the EP, which Michael Wilton has said is the sound he and the rest of the band wanted to go back to, but I feel like those alone are not enough to make those records as great as “The Warning”, “Rage For Order” and “Operation: Mindcrime”. Besides the music, one thing that for me really set Queensrÿche apart from other bands was the atmosphere, depth and content they created on those albums and the three records Geoff Tate has released as Operation: Mindcrime show that that’s what he’s very good at. The problem with those, though, is that atmosphere, content and depth, even beautiful melodies and powerful choruses, of which there are quite a few present on “The Key”, “Resurrection” and “The New Reality”, aren’t enough either. You also need good guitar riffs, rhythms and solos to properly display them against.

I’ll try to explain what I mean a little better. The first three LP records Queensrÿche released created these dark, otherworldly, dystopian, futuristic images, or worlds even, similar to what Geoff Tate has done on the three albums he released as Operation: Mindcrime, which show what he contributed to his former band and that he can still do that very well. Back in the 80s, however, he had Chris DeGarmo, Michael Wilton, Eddie Jackson and Scott Rockenfield to put music to them and when either he or Queensrÿche play songs from “The Warning”, “Rage For Order” or “Operation: Mindcrime” live, it’s pretty much impossible for the audience to stand still during them. On the other hand, though, although the songs Queensrÿche have written for their self-titled album, “Condition Hüman” or “The Verdict” may move the listeners’ bodies, they don’t put as powerful images in their heads, take them away to a different world or really get them thinking about their meaning, like “The Key”, “Resurrection” and “The New Reality” do. However, those are concept albums that form one big story and create a similar atmosphere as Queensrÿche did on “Operation: Mindcrime”, but there are a lot of songs on them that really don’t serve much purpose other than to create that atmosphere or provide background music for the story, sort of like the soundtrack to a movie and similar to some tracks on Pink Floyd’s “The Wall”. Granted, the atmosphere they create is very good and reminiscent of futuristic film noirs like “Blade Runner” and Geoff Tate’s story is quite clever, but you really have to be into prog or art rock, or progressive metal, or even science fiction or film noir, to be able to appreciate that sort of thing. Back when he was still working on equal terms with Chris DeGarmo, Michael Wilton, Eddie Jackson and Scott Rockenfield, they could make very good instrumental transition pieces for him that created atmosphere, advanced the story and bound the music together, but they also kept an audience’s attention during the whole experience, rather than leave the more general listener waiting for the next “real” song to begin.

So, same as I feel the current lineup of Queensrÿche needs someone like Geoff Tate to take their music, as good as it may be, to the next level, so does Geoff Tate need some good quality musicians, who understand what the fans want to hear, to be able to showcase his ideas, melodies and the atmosphere he creates. And it seems like the head of Frontiers Records, that Geoff Tate is signed to, has found just the man for that in guitar virtuoso Simone Mularoni of Italian progressive metal band DGM, who he tasked with creating an album that would sound like a Queensrÿche record from their glory days and getting their original vocalist to sing on it. And I dare say the man has succeeded: the music he came up with is so reminiscent of classic Queensrÿche and Geoff Tate sings so similar on it to how he used to during his glory days, it’s almost as if the band has finally released some old material that was originally recorded between “Operation: Mindcrime” and “Empire”, but thought lost or was previously unreleased due to contractual disputes. Because of this, if hearing the man sing live with Avantasia or perform during his Operation: Mindcrime 30th Anniversary tour wasn’t proof enough, anyone who ever claimed Geoff Tate’s voice isn’t as good as it used to be is very much proven wrong on this album. It’s full of old school Queensrÿche choruses and verses, sung in the same style he used over 30 years ago with lyrics filled with social commentary. Unfortunately, though, the record hasn’t been promoted all that much and Geoff Tate hasn’t included any of its tracks in his live set, which really is a shame, because the album contains many songs that fans of classic Queensrÿche, especially of the “Operation: Mindcrime” and “Empire” eras, will love. Like the ones on those two records, they are also accessible to people who may not be metal fans per se, but do enjoy good, melodic hard rock/ heavy metal songs with powerful choruses, so I feel like it has the possibility to appeal to a broader audience, given the proper promotion and support.

The only bad thing I can say about “Sweet Oblivion Featuring Geoff Tate” is that, although I’m generally a big fan of keyboards in progressive rock and metal, on this album they’re used more in place of guitars, rather than to create atmosphere or a certain sound and I feel like it would have been better to have only used electric guitars. Simone Mularoni mentioned in an interview I read that when he first sent the music he had written to Geoff Tate, he got it back with some synthesizer background sounds added, which he didn’t seem to care for too much and convinced the singer to leave them out, but I can’t help wondering if the record couldn’t have been better still and have had a little bit more of an “Operation: Mindcrime” feel to it if they would have kept them in. Sadly, that doesn’t seem to have been the only thing they disagreed about, so, unfortunately, it doesn’t look like a follow-up will be in the works any time soon. But Geoff Tate did get complimented on the album during pretty much every interview he’s done since its release and he is going to play “Rage For Order” in its entirety during his next tour, so it seems he finally may have (re)discovered a love for heavier electric guitar riffs and he even went so far as to say he’d be open to a reunion with his former Queensrÿche band members. So even if we don’t see another collaboration with Simone Mularoni, he may have paved the way for Geoff Tate to again make the kind of music his fans really want to hear: beautiful melodies with deep, meaningful lyrics, set against a captivating atmosphere and supported by good old hard rocking guitar riffs and fast drum beats.