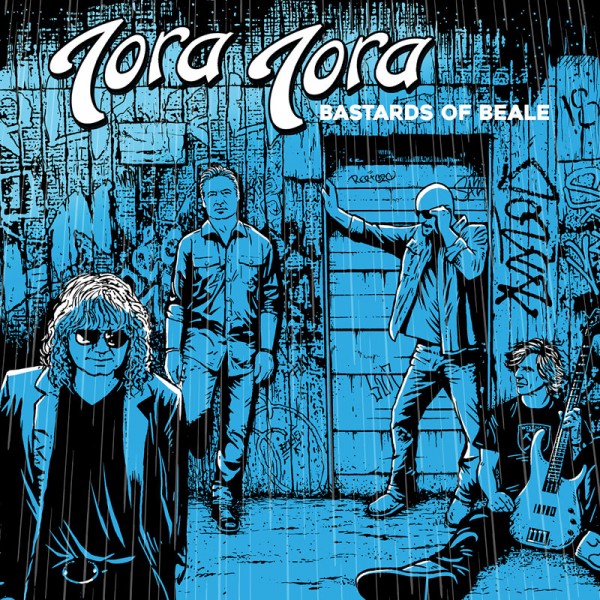 TORA TORA is an American hard rock band formed in Memphis, Tennessee in the ‘80s. The origin of the band name is a reference to the song of the same name released by Van Halen on their 1980 classic, "Women and Children First".
TORA TORA toughed it out in the local Memphis scene before they won a local “Battle of the Bands” contest that landed them some free studio time. Following this, the band recorded “To Rock To Roll”, an independentally released EP. After its release, the songs "Phantom Rider" and "Love's A Bitch" received extensive airplay on local radio station Rock 98. After signing with A&M Records, they recorded their debut album "Surprise! Attack" in 1989. The album charted on Billboard's Top 200 at No. 47 and featured the singles "Walkin' Shoes" and "Guilty." The single "Dancing With a Gypsy" was on the soundtrack for the hugely popular film ‘Bill and Ted's Excellent Adventure’ later that year.
In 1992, their second album, "Wild America", featuring singles "Amnesia" and "Faith Healer", was released. A third album, "Revolution Day", was recorded in 1994, but it was never released due to label restructuring and the shitt in the musical climate. The band went on hiatus indefinitely.
In 2008, all four original members reunited for some performances. One was a sold-out performance at Newby's, a local club in Memphis, to celebrate the 20th anniversary of receiving their major label recording contract. The second appearance occurred during Rocklahoma 2008 before he band played another reunion show at The New Daisy Theatre on March 7, 2009 in Memphis.
Since the reunion, TORA TORA has released three albums of unreleased material, "Before & After", "Bombs Away: The Unreleased Surprise Attack Recordings", and "Miss B. Haven': The Unreleased Wild America Recordings”. But fans were clamoring for NEW MUSIC from the band.
In 2017, the band was approached by Frontiers about doing a proper new studio album and they enthusiastically jumped at the opportunità. The resulting new album, “Bastards Of Beale,” brings back the magic of the band’s blues-rooted hard rock sound that gained them a loyal following in the first place. Always a far cry from their more polished peers and more spiritually connected to blue collar hard rock, the band’s return picks up where they left off while not sounding even the slightest big dated.