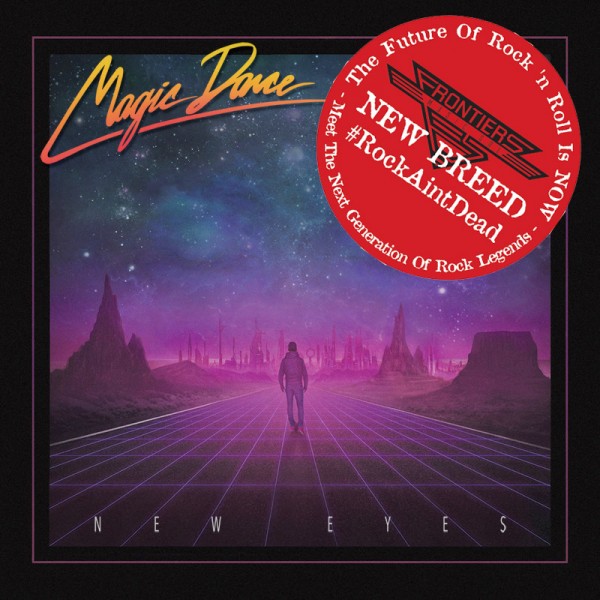 MAGIC DANCE is part of Frontiers’ New Breed family. The New Breed family is the label’s stable of young, exciting, up and coming bands who will be the future of hard rock and metal. The label is focused on finding and developing new bands that will show the world that rock is indeed far from dead.

MAGIC DANCE was born in 2012 on Long Island, NY as a solo project for singer/songwriter Jon Siejka. A self-taught musician and producer, his debut EP, "Another World" was released in May 2013. "The Mirror of Dreams" and "Kiss Scene" EPs followed, all heavily influenced by the iconic synth-pop and film soundtrack music of the ‘80s.
2015 release the "Haunting Me" EP marked an evolution in his sound, featuring guitar-heavy cuts like "Still Haunting Me" and "I Wanna Know". His debut full length album, "Vanishings" is an even larger statement of that evolution, combining '80s influenced AOR, pop rock, and synth-pop to create a sound uniquely his own.
In late 2017, Jon and Magic Dance were signed by Frontiers. For this new album, Jon collaborated with Jack Simchak and Tim Mackey on guitars, Mike Peniston and Kevin Krug on bass, and Kevin McAdams on drums. While the sound is now heavier and more guitar oriented, the sound leans way more towards classic AOR, with strong hints of the sounds of the mid 80’s (think Loverboy, Heart, Survivor, etc). An outstanding release very much in line with the 80’s revival sound which is bulldozing it’s way back onto the scene!