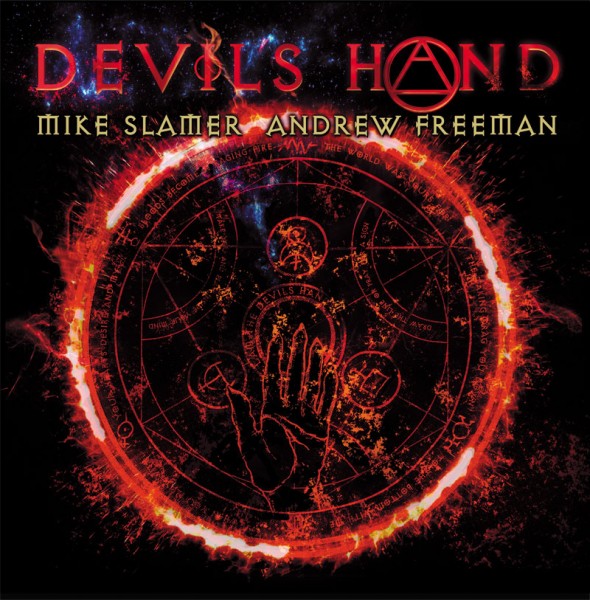 DEVIL'S HAND is an excellent new project featuring the amazing talents of two outstanding musicians: famed producer/guitarist/songwriter Mike Slamer and the equally amazing singer Andrew Freeman of Last In Line.
Mike Slamer has been the guy behind some of the most amazing melodic hard rock releases of the past 20 years. The list includes, but is not limited to, Steelhouse Lane, Seventh Key, Slamer, and Terry Brock, and we can’t forget his work in the 80’s with Streets (featuring Kansas singer Steve Walsh) and the 70’s with City Boy. The quality of his songwriting and production work is unsurpassed in the business and the records he produced and was involved in stand the test of time! A true musician’s musician.
Andrew Freeman is one of the most gifted singers of the current hard rock scene. With his performance on the Last In Line debut album he turned heads not only with his vocal performance, but specifically because he put his own stamp on a band that was incorrectly thought to be “just another Dio tribute act”. His unbelievable set of pipes takes no prisoners on this album!
“Devil’s Hand” is going to be an highlight of the melodic hard rock release year. Yet another unbelievable record from Mr. Slamer and a testament to the abilities of one of the greatest rock singers around. Don’t miss this!