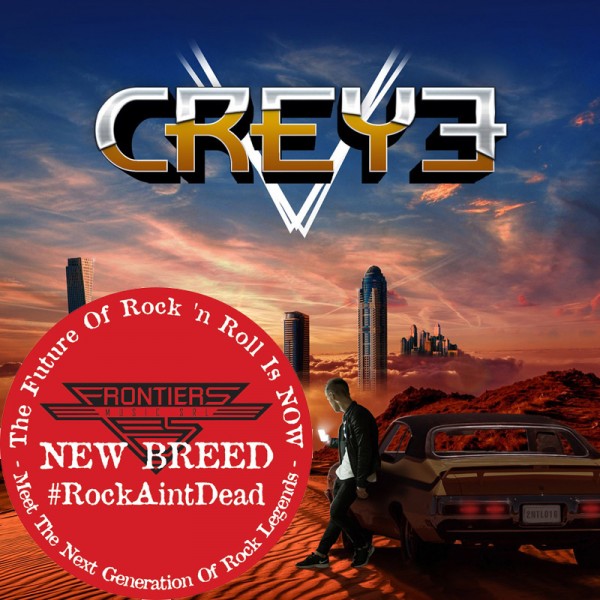 CREYE are part of Frontiers’ New Breed family. The New Breed family is the label’s stable of young, exciting, up and coming bands who will be the future of hard rock and metal. The label is focused on finding and developing new bands that will show the world that rock is indeed far from dead.

CREYE was formed in 2015 by Swedish guitarist and songwriter Andreas Gullstrand with the intent of playing classic pop/rock/retro AOR. With the help of some hired guns, including singer Alexander Strandell, he released the debut single, ‘Never Too Late’ in 2016 which made the loyal Melodic Rock/AOR community stand up and take notice.
Recruiting keyboard player Joel Rönning, bassist Gustaf Örsta, and drummer Arvid Filipsson as full-time members of the band, and with Strandell again on vocal duties, the band recorded and released an EP, ’Straight To The Top’, comprised of the title track, ‘No Easy Way Out’ (Robert Tepper cover from the soundtrack to ‘Rocky IV’), and ‘Never Too Late’.“
Boasting a more mature and evolved sound, the EP was very well received and a dozen labels suddenly displayed an interest in signing the band, with Frontiers Music srl leading the chase and sharing the same vision for the group as Gullstrand.
Rhythm guitarist Fredrik Joakimsson subsequently joined the band and, following a nationwide search, Robin Jidhed joined the band as lead vocalist.
With all the pieces finally in place, the band entered Peakroom studios in late 2017 with producer Erik Wiss to record their debut album. Featuring songwriter cameos from the talents such as Ulrick Lönnqvist (Sahara, Code Red and Jim Jidhed), Erik Wiss (Cap Outrun and Gathering Of Kings), Sören Kronqvist (Sunstorm, Find Me and One Desire), Mike Palace (Palace and Kryptonite), and Hal Marabel (Bad Habit, Arena and Mad Invasion) the self-titled debut album is set to be released by Frontiers Music srl in October 2018.