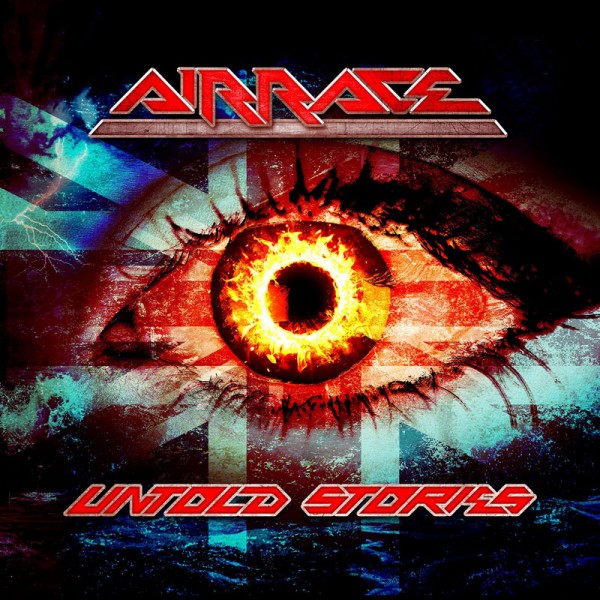 One of the UK’s pioneering AOR acts, AIRRACE were originally formed in 1982. Having recently re-signed to the Frontiers label, the band has announced a new album, entitled ‘Untold Stories’, which will be released on 10th August. Founding member Laurie Mansworth says,“We had a great time making the record. It’s not typically Airrace, with a lot of the material being more 70’s influenced. There is also a much wider spectrum between light and shade in the writing. I have always liked a wide range of different musical styles, from ELO to Led Zep, and when writing these songs I incorporated many of my influences from over the years.”
First single, ‘Summer Rain’, is described by Mansworth as “a song for the summer. I wanted to write something upbeat with a positive feel, as there is far too much doom and gloom around at the moment. This song will hopefully take you to a sunny day and lift your spirit."
An eight date UK tour in September to promote the album will see Airrace pairing up with Frontiers labelmates The Treatment, with support from Tequila Mockingbyrd. The itinerary is as follows :
21.09.18  CARDIFF Clwb Ifor Bach
22.09.18  LONDON Underworld
23.09.18  NORWICH Waterfront
24.09.18  CAMBRIDGE Portland
27.09.18  WOLVERHAMPTON Slade Rooms
28.09.18  SHEFFIELD Corporation
29.09.18  NEWCASTLE Cluny
30.09.18  GLASGOW Stereo

Known in Hard Rock circles for being the band that saw the musical debut of drummer Jason Bonham, Airrace was the brainchild of former More guitarist Laurie Mansworth. Following the acclaimed 1984 release of their debut album, ’Shaft Of Light’, the band supported rock titans such as Queen, AC/DC and Meat Loaf, but they had crash-landed by the summer of 1985. It took a 25th anniversary reissue of the record to reunite the group (with a slightly amended line-up), and they eventually issued a second album, ‘Back To The Start’, via Frontiers in 2011.