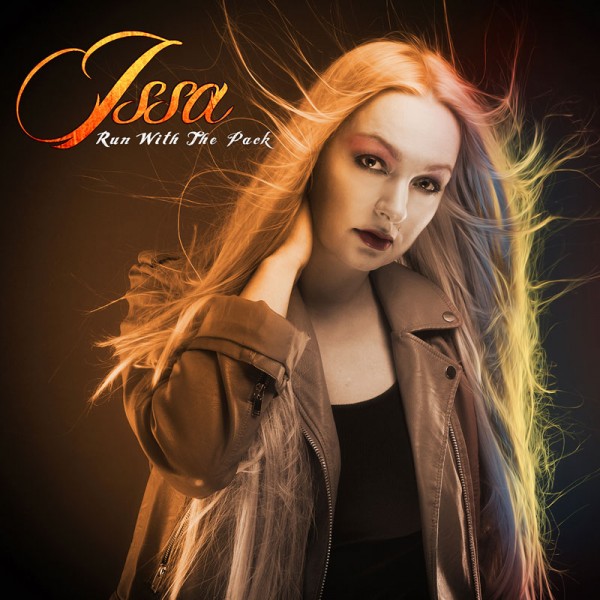 Norwegian melodic rock queen ISSA is back with her fifth studio album “Run With The Pack”! As with her past releases, the new release is a melodic rock fans dream come true with huge vocals and soaring melodies! This time around, ISSA partnered with Alessandro Del Vecchio to work on her new album and to mix things up, brought in the excellent Simone Mularoni of Italian progressive metal giants, DGM to play guitar (who is also an excellent producer and songwriter, in his own right). The line-up was rounded out by Andrea ToWer Torricini (Vision Divine) and Marco Di Salvia (Kee of Hearts) holding down the rhythm section for what is arguably ISSA’s most fully realized musical offering yet!
One nice touch for this album is that the stars aligned and Revolution Saints frontman /drummer, Deen Castronovo (Revolution Saints, ex-Journey) was able to come by the studio and perform a duet with Issa on the track “Sacrifice Me”.
ISSA’s musical growth over the years has been tremendous and fans will reap the re-wards with “Run With The Pack”!