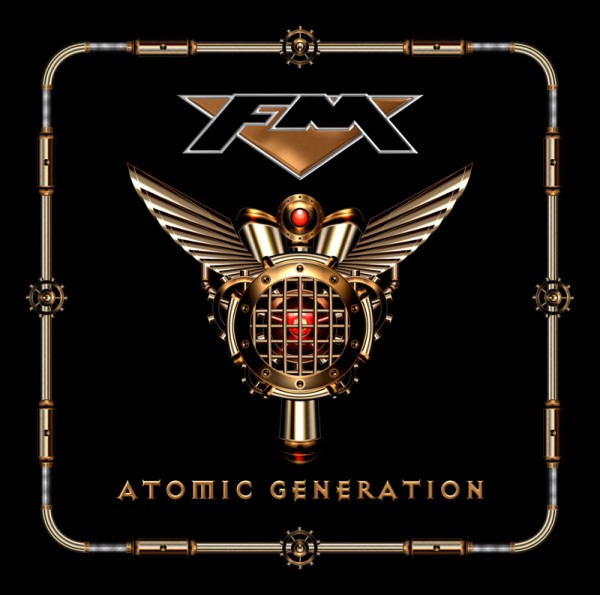 2018 will see the release of FM's eleventh studio album, "Atomic Generation" and plenty of touring, including their first-ever USA appearance in May - headlining MelodicRock Fest 5 in Chicago, IL. FM will also headline at the sister festival MelodicRock Fest Scandinavia in June and have been confirmed for Frontiers Rock Festival in April. To kick off the year FM will appear at Giants of Rock festival in Minehead in January with more UK dates underway.
The band have been extremely busy since reuniting in 2007, with a recent flurry of activity after they released their ninth studio album "Heroes And Villains" via Frontiers Music Srl in April 2015. That album’s release was supported by UK tours in May and November and a European co-headline tour with Electric Boys. 2015 festival appearances included HRH AOR; Nantwich Jazz Blues & Music Festival; Frontiers Rock Festival; Graspop Metal Meeting; Bospop; Ramblin' Man Fair; Steelhouse Festival and two festivals in Sweden - Skogsröjet and Helgeåfestivalen. FM also headlined Planet Rockstock in December.
FM's "Heroes And Villains" tour continued throughout 2016 in addition to a run of special shows in October / November to celebrate the 30th Anniversary of the release of debut album "Indiscreet". To coincide with this tour FM released "Indiscreet 30" - a new recording of their classic album. FM also toured as Special Guests to Heart in June/July 2016 taking in dates at London Royal Albert Hall, Manchester O2 Apollo, Glasgow Royal Concert Hall and Birmingham Symphony Hall. Festivals in 2016 included The Great British Rock & Blues Festival in January, Sweden's Rockweekend AOR in February, Nantwich Jazz in March and Troon WinterStorm in November.
FM’s touring schedule for 2017 got underway with a set at HRH AOR in March followed by the band’s first-ever show in Greece. In May they returned to Norwich and Nantwich and in July they played the Rock & Blues Custom Show in Derbyshire. August saw FM take part in a unique triple-headline show at Chepstow Castle with The Quireboys and GUN. Later in the year FM headed to Germany for appearances at Escape Open Air and H.E.A.T. festivals along with shows in Barcelona and Madrid in November.
FM are true Melodic Rock Giants and “Atomic Generation” is going to build even more on their Rock solid foundations!