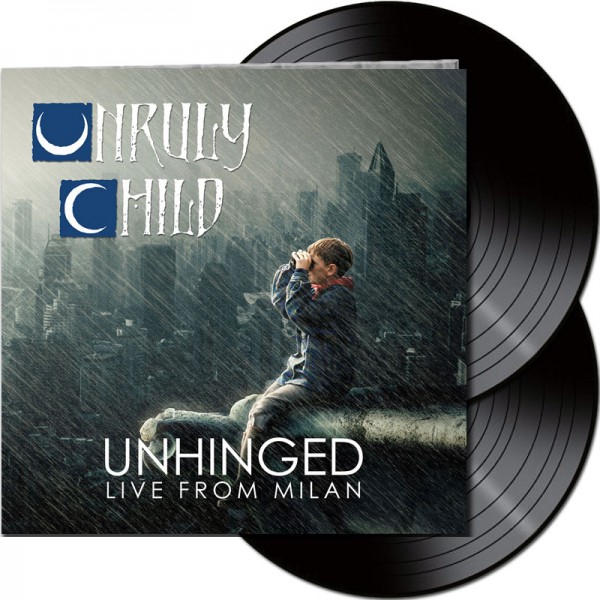 Following Mark Free’s successful career with King Kobra and Signal, UNRULY CHILD were born when he started writing songs with with Bruce Gowdy (Stone Fury, World Trade) and Guy Allison (Lodgic, World Trade, Doobie Brothers). With a lineup completed with Jay Schellen (Hurricane, World Trade, Asia) and Larry Antonino (Pablo Cruise), UNRULY CHILD debuted with a milestone debut in 1992 for Interscope Records.
After a lot of line-up and style changes, the original members of the quintet finally decided to reunite to release a brand new album, on Frontiers, entitled “Can’t Go Home,” released on February 2017.
The band accepted the label invitation to play the label festival in april 2017 and they performed a special set featuring the band’s critically acclaimed self-titled debut-album in its entirety, along with another couple of other classic songs. 'Nuff said...

Tracklist Double-LP:
Side A:
1 WIND ME UP
2 LAY DOWN YOUR ARMS
3 ROCK ME DOWN NASTY

Side C:
1 TUNNEL OF LOVE
2 TO BE YOUR EVERYTHING
3 LONG HAIR WOMAN