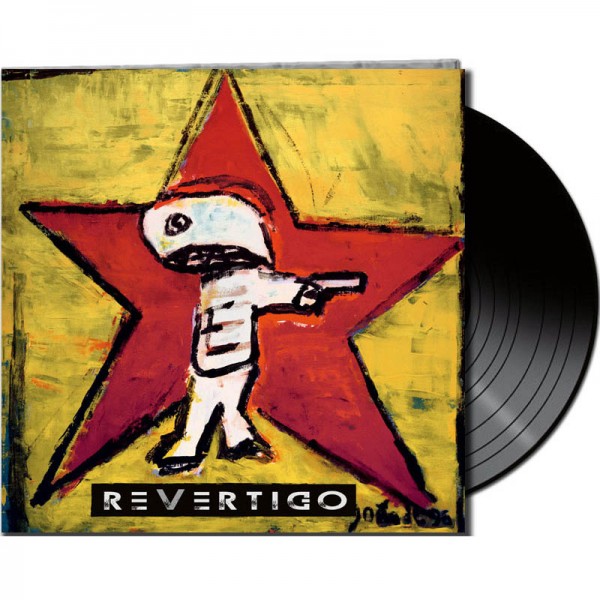 REVERTIGO is a Stockholm-based duo formed by Mats Levén (vocals) and Anders Wikström (guitar). As close personal and musical friends for nearly 30 years, REVERTIGO is the next chapter in an ongoing collaboration culminating with the self-produced new album.

“Mats and I always had an idea of creating something that would celebrate the fact that we really enjoy working together, but with busy separate music careers, it wasn ́t until 2016, we sat down and concentrated on new songs with a firm plan” (Anders)
“The fact that we, besides writing for other international artists, hadn ́t done a proper album toget- her in 25 years also gave the writing and recording process of Revertigo a purpose.” (Mats)

In September 2016, a 3-song demo found its way to Frontiers Music Srl who decided to sign the band on the spot. In-between priority touring activities with Candlemass, Treat and Trans-Siberian Orchestra, the pair finalized the 11 songs featured on the debut album.
”Between the two of us, we play all the instruments on the album except for the drums that were performed by our dear friend Thomas Broman (Great King Rat, Michael Schenker, Electric Boys)."
REVERTIGO's music itself is a blend of heavy, yet melodic crafted songs paying tribute to favourite albums and artists from the 70 ́s, 80 ́s and up to present day, not forgetting the chemistry that comes to life when Mats and Anders join forces.
“I love when you get that teenage excitement together over a song idea, and how you hear a finished gem in your head” hence the bands name REVERTIGO.” (Mats)
“We might not be reinventing the wheel, but we ́re certainly putting on fresh tyres!” (Anders)
“Both of us have a strong mutual vision, that ́s why we choose to play and sing most of the instruments and parts on the album ourselves.” (Mats)

Tracklisting Vinyl:
Side A:
1. HOODWINKED
2. SAILING STONES
3. SYMPHONY OF FALLEN ANGELS
4. THE CAUSE
5. LUCIFERIAN BREAK UP