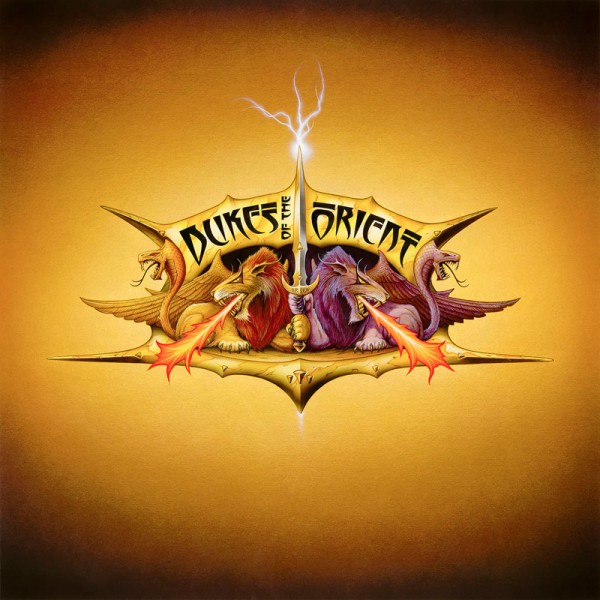 Description
Description
What do you get when you match a Brit from London who loves American AOR with an... more
Close menu
Product information "DUKES OF THE ORIENT - Dukes Of The Orient - CD Jewelcase"

What do you get when you match a Brit from London who loves American AOR with an American from California who grew up on British Prog?
DUKES OF THE ORIENT is the masterful pairing of vocalist John Payne (ex-Asia, GPS) with keyboardist Erik Norlander (Last in Line, Lana Lane) who now present their eponymous debut album, ten years in the making. Payne’s powerful arena-seasoned vocals carry soaring melodies and lush harmonies over the sea of classic synthesizers and keyboards artfully painted with Norlander’s signature sonic palette.
The two are backed by a world-renown ensemble of top musicians including Jeff Kollman, Guthrie Govan, Moni Scaria and Bruce Bouillet on guitar and Jay Schellen on drums. Payne provides bass guitar and additional lead and rhythm guitar parts to complete the audiophile production. The album was mixed on a traditional analog console to preserve and enhance the natural depth, clarity and soul of the tracks with great care taken to avoid over-compression, extreme equalization and distortion.
DUKES OF THE ORIENT has its origins in 2007 as “ASIA Featuring John Payne,” a band that continued on after ASIA keyboardist, Geoff Downes, left to re-form the original 1982 lineup. Payne recruited Norlander to join Guthrie Govan and Jay Schellen for tour dates in the US and initial recordings, some of which endured to appear on the DUKES OF THE ORIENT album here. Govan left the band to form The Aristocrats and was replaced by guitarist Bruce Bouillet followed by Jeff Kollman and Moni Scaria. The final lineup resulted in the track, “Seasons Will Change,” released as a video in 2013 and also now appears on the DUKES OF THE ORIENT album. Following the death of original ASIA vocalist, John Wetton, in early 2017, Payne and Norlander decided that these recordings should give birth to a new band, both out of respect for Wetton and for clarity with the Downes-led ASIA.