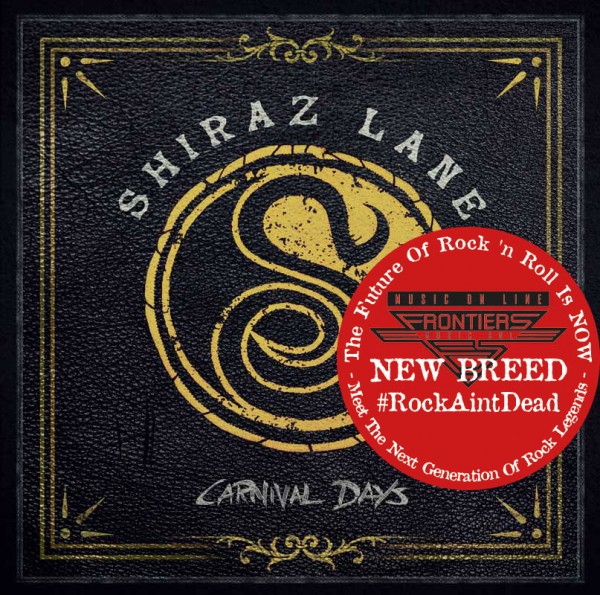 SHIRAZ LANE is part of Frontiers’ New Breed family. The New Breed family is the label’s stable of young, exciting, up and coming bands who will be the future of hard rock and metal. The label is focused on finding and developing new bands that will show the world that rock is indeed far from dead.

SHIRAZ LANE will release their new album, “Carnival Days” on February 23, 2018. The band has been extremely busy throughout 2017 composing, producing and recording their second album in collaboration with the Swedish producer Per Aldeheim (Def Leppard, Soilwork, Lambretta). The first single ''Harder To Breathe'' was released on October 11th accompanied by a music video. Straight after the band headed on yet another extensive European tour opening for Brother Firetribe.
SHIRAZ LANE personifies creative variety, which resonates through their double-edged guitar sound (produced by lead guitarist Jani Laine and rhythm guitarist Miki Kalske), groovy-yet-solid ground pounding (Ana Willman drums & Joel Alex bass) and the unmistakably high-soaring melodies chanted by lead singer Hannes Kett. Despite their relative youth, they are already veterans of the underground circuit in their homeland and have developed a reputation for being uncompromising, loud, and most of all, the genuine article.
Although wearing inspiration and paying homage to their predecessors like Aerosmith and Guns N' Roses, their sound and music is destined to develop into something unique. Members of Halestorm, The 69 Eyes, Amorphis, Children Of Bodom, Lordi and Sonic Syndicate have all praised the band’s live efforts.
Their debut album “For Crying Out Loud” was released worldwide in April 2016, and it was a success story from the beginning, achieving 6/7 stars in Metal Hammer Germany and a lot of praise by the biggest Finnish music magazine Soundi. The young rockers spent the following summer playing festivals and packed their gear for a two month long European tour with Lordi in the fall of 2016, before heading out on their first headlining tour in February 2017 in Spain.