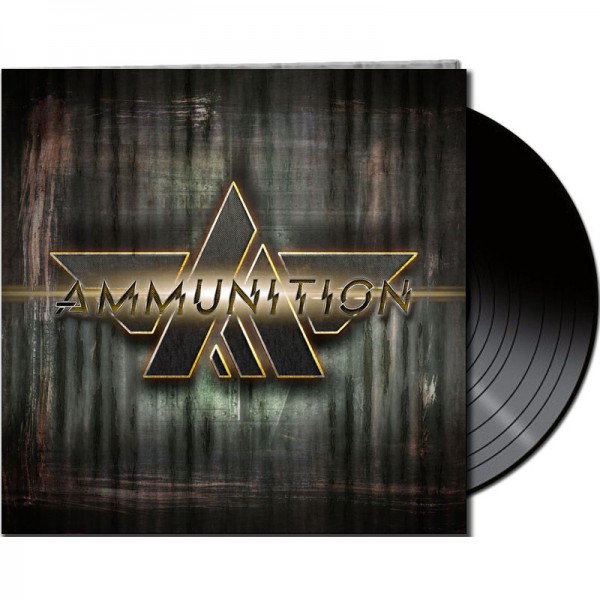 AMMUNITION was founded in 2014 by the songwriting duo Age Sten Nilsen (former Wig Wam) and the multi-talented Erik Mårtensson (Eclipse, W.E.T., Nordic Union). They released their stellar debut album "Shanghaied" in 2015 on their own label. Teaming up with former TNT and Jack In The Box bassist Victor Cito Borge, keysman Lasse Finbråten (Circus Maximus, ex-Wig Wam), skinsman Magnus Ulfstedt (Eclipse), and the exceptional guitar player Jon Pettersen, AMMUNITION has made a name for themselves as an incredible live act.
The first taste of music from this self-titled album was released earlier in 2017. "Wrecking Crew" (written by Nilsen and Mårtensson) landed on the Norwegian charts, taking AMMUNITION to the Norwegian Eurovision grand finale. The full length, original version of the song will be included on the forthcoming album, produced and mixed by the band's guitar player and co-writer, Erik Mårtensson.

Tracklisting Vinyl:
Side A:
1 TIME
2 FREEDOM FINDER
3 VIRTUAL REALITY BOY
4 GUNG HO (I TOLD YOU SO)
5 EYE FOR AN EYE
6 TEAR YOUR CITY DOWN