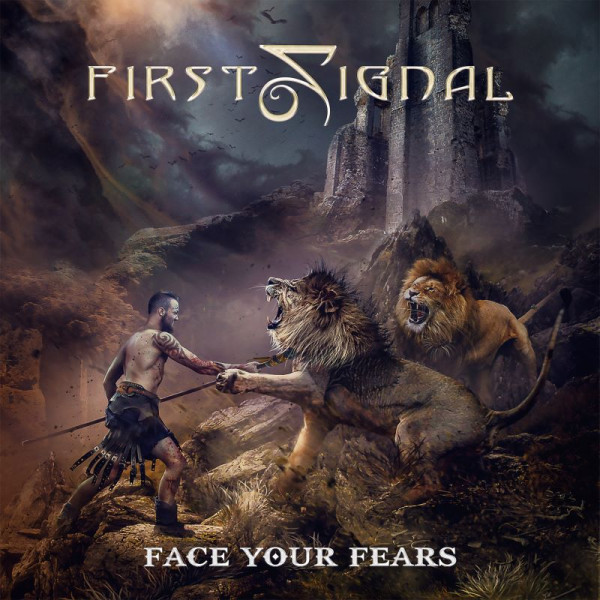 First Signal, an ongoing melodic rock project fronted by the inimitable Harry Hess (Harem Scarem), has announced the release of their new album, “Face Your Fears” on February 17, 2022.
The new record, their fifth overall, continues the tradition they've now established over the course of their discography of delivering top notch melodic rock perfectly suited for the legendary voice of Hess.
For "Face Your Fears", Hess collaborated with producer Michele Guaitoli, who has produced albums by ISSA, Visions Of Atlantis, Kalidia, SheWolf, and many more. (He is also the vocalist for Visions Of Atlantis, Temperance, and ERA.) Guaitoli also plays bass and some guitars on the album in addition to overseeing production.
As with all the previous First Signal releases, this will be another must hear for fans of the AOR/Melodic Rock genre. Birthed in 2010, First Signal started as a musical partnership between vocalist Harry Hess (Harem Scarem) and German producer Dennis Ward (Pink Cream 69, Khymera). The seeds of this union were planted that same year when Frontiers President and Head of A&R, Serafino Perugino presented Hess some melodic rock songs which had the same vibe and magic as Harem Scarem, who, at the time, were on a hiatus.
The self-titled debut album was greeted with excellent reviews from the Melodic Rock faithful, so even when Harem Scarem rebooted to record an excellent comeback album, “Thirteen”, Hess was still keen to record some more excellent melodic rock songs that he had gathered from various songwriters under the First Signal banner.The idea of another First Signal album continued to float around and with the help of Swedish producer/drummer Daniel Flores (The Murder Of My Sweet, Find Me) stepping in for Ward, the second record, "One Step Over The Line" (2016), started to take shape.
Once again, First Signal's recorded output was greeted with much excitement from the Melodic Rock / AOR fanbase. With that kind of reception, recording a third album, "Line Of Fire" (2019), was a no-brainer. With production duties handled again by Flores, “Line of Fire” was another awesome slab of great AOR/melodic rock for the 21st century. In 2022, the band continued with a fourth entry into their catalog, "Closer To The Edge", again produced by Flores.
For 2023, Hess and First Signal are once again prepared to deliver pure Melodic Rock/AOR bliss with "Face Your Fears"!

Tracklisting:
1. Unbreakable
2. Situation Critical
3. Shoot The Bullet
4. Always Be There
5. Dominos
6. Rain For Your Roses
7. Face Your Fears
8. Never Gonna Let You Go
9. Not This Time
10. In The Name Of Love
11. Never Be Silenced