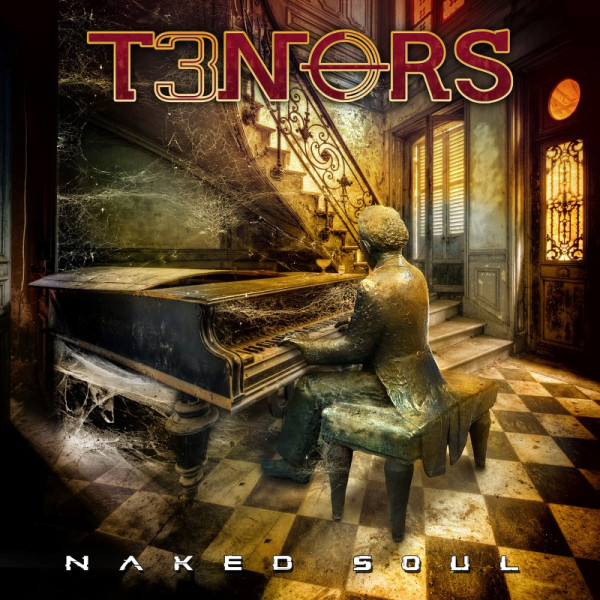 Frontiers Music Srl is pleased to announce T3nors, a very special new AOR project. Two of America’s greatest AOR singers, Robbie LaBlanc and Toby Hitchock join forces with one of Sweden’s finest AOR singers, Kent Hilli to form the vocali trio of T3nors. These absolutely outstanding vocalists have come together on one glorious melodic rock album, "Naked Soul", which will be released on February 10, 2023.
The story behind this record actually dates back quite a few years as Frontiers has been wanting to do a “three tenors” type of record for quite some time. Given the extremely high level of AOR vocal talent that the label has worked with in the past and continues to work with today, the idea never really lost steam. The issue was always finding the right pairing of three singers and the timing for the individual singers to have holes in their schedule to record. With the onset of the global pandemic in 2020, everyone's availability, for better or for worse, became more flexible and the idea started to become reality.
Pairing Robbie, Toby, and Kent together seemed an ideal team up and all three were enthusiastic about the idea when approached to participate. The rest, as they say, is history.
Kent Hilli is the newest of the three singers on the scene, but has quickly made an impact with the albums he has released with his main band Perfect Plan, as well as being the new frontman for GIANT, solo material, and guest appearances with Restless Spirits, the melodic rock project from Lords Of Black guitarist Tony Hernando.
Toby Hitchcock is an American singer known for his solo albums as well as his work with the esteemed melodic rock genius Jim Peterik in Pride Of Lions.
Robbie LaBlanc is an American singer, guitarist, and songwriter known for his work with Blanc Faces, Find Me, a project with The Murder Of My Sweet drummer/producer Daniel Flores, East Temple Avenue, and more.
If you are a lover of all things AOR, then T3nors' debut album, "Naked Soul" is a can't miss release!