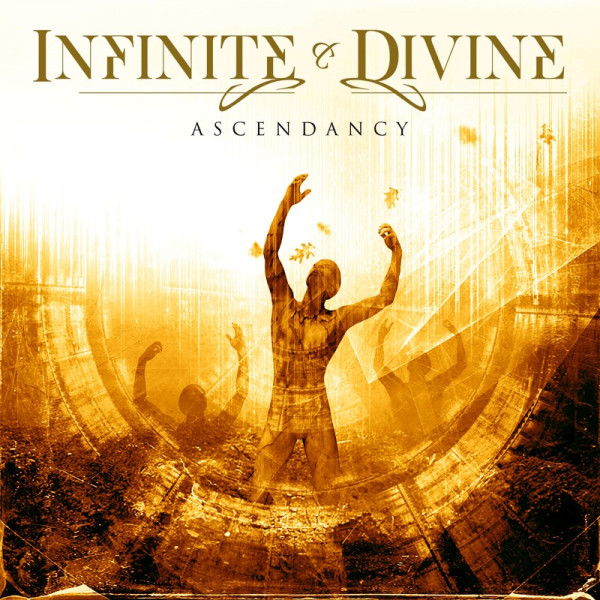 Infinite & Divine, a collaboration between two Swedish musicians, guitarist/songwriter/producer Jan Åkesson and vocalist Tezzi (a/k/a Terese Persson), will release their sophomore album, "Ascendancy" on February 10, 2023.
In the summer of 2019, Jan and Tezzi first encountered one another and shortly after that set to work on writing songs for what would ultimately become their debut album, ”Silver Lining”. Said album was a fantastic combination of Jan’s energetic heavy riffs, the influences of their varied taste in melodic hard rock and metal, and Tezzi’s melodic, yet powerful vocals. "Ascendancy" sees the two taking that songwriting formula and building upon it to craft an even more thrilling and energetic album, highlighting all their strengths.
Terese "Tezzi" Persson started her musical career doing local troubadour gigs at the age of 17, but before that had already started writing her own songs and lyrics. Over the years, she has appeared in different musical projects both as a lead singer in metal and progressive rock bands, as well as doing backup vocals for various Swedish artists. In 2013, she also appeared on the second album, “Fantasmagoria,” from Epysode (featuring Mike Lepond of Symphony X, Simone Mularoni of DGM, and Tom Englund of Evergrey among others). In 2021, she partnered up with four other stunning lead vocalists in the pop metal outfit Venus 5, whose self-titled debut album was released in June 2022.
Jan Åkesson started out as a songwriter while also appearing as lead guitarist in several bands, before he decided to step back from the live scene to focus on writing and producing songs. He started the band StoneLake, who released seven studio albums, while at the same time writing songs for other artists around the world, all who were performing different styles of music. In 2017, he also released the album ”Ascension” by his solo project Shadow Rain.
The band’s music is extremely tasteful, and the listeners will enjoy very good moments with songs as “I Feel Alive” (a modern feeling similar to what can be found on AMARANTHE’s works, but with precious melodies and great vocals), the 80’s hooking melodies of “Infinite & Divine” and “Not Too Late”, the melodic Hard Rock appeal shown on “Wasteland” and “We Are One”, the tender and precious harmonies of “You and I” and “While You’re Looking for Love” (this one has the same appeal of heavier songs of DEF LEPPARD’s “Hysteria”) are the ones to become the favorite tracks for the fans. But the entire album is great, so enjoy it. - Metal Temple
“Silver Lining” runs the proverbial gamut, touching upon a bevy of metal subgenres while delivering consistently memorable riffs and some pretty impressive lead work. For her part, Persson's vocals elevate much of the material here, adding a soulful, 'human' quality.... - Sonic Perspectives
‘Silver Lining’ is an absolute powerhouse of an album and well worth a listen. - Metal Planet Music