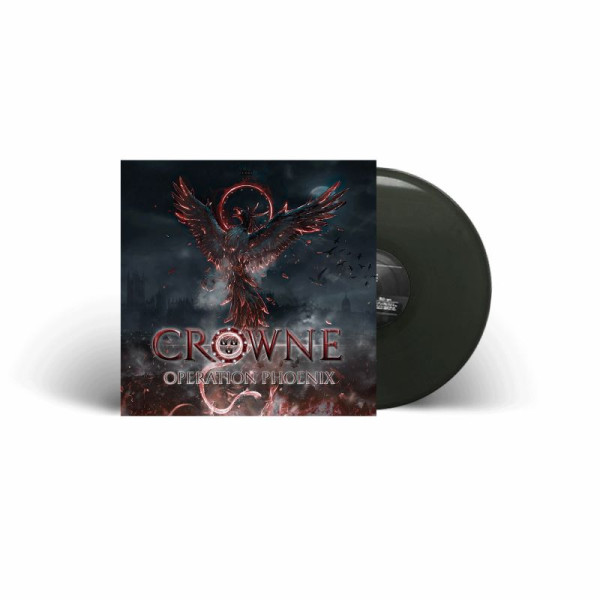 Frontiers Music Srl is pleased to announce the second album from Sweden's Crowne, "Operation Phoenix" will be released on January 27, 2023. Once again produced by band member Jona Tee (H.E.A.T., New Horizon), "Operation Phoenix" sees the collective delivering a stunning tour-de-force of melodic hard rock with hints of metal influence mixed in. Comprised of vocalist Alexander Strandell (Art Nation), keyboardist/producer Jona Tee (H.E.A.T.), bassist John Levén (Europe), drummer Christian Lundqvist (The Poodles), and new full-time member, guitarist Love Magnusson (Dynazty), Crowne is a true force to be reckoned with.
Crowne is hands-down the most exciting, thrilling supergroup ever created out of the Swedish melodic hard rock scene. This stellar cast of some of the most outstanding musicians from the scene came together to create an absolute beast of a debut album, "Kings In The North" and released it to fan and critical acclaim in 2021. And now they have done what they set out to do when they began writing and recording a follow-up....they have bested themselves. "Operation Phoenix" builds upon the rock solid foundation of their debut and takes it to a new level.
Prepare to meet the fire and the flame of their new album, "Operation Phoenix" this coming January....