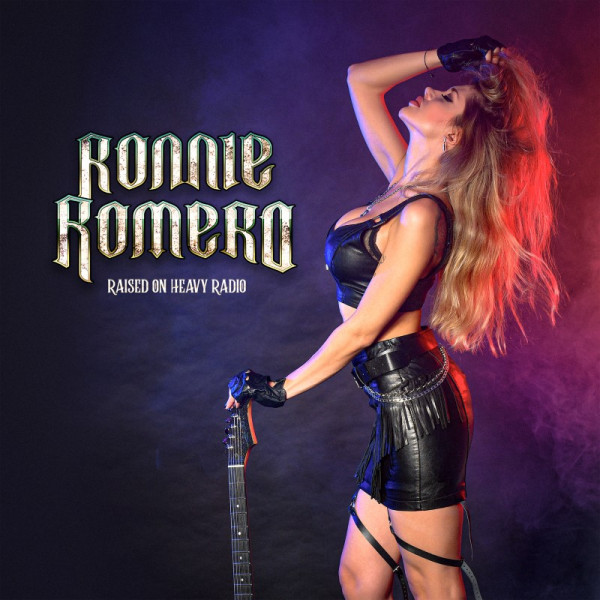 Ronnie Romero has announced the upcoming release of 'Raised On Metal Radio', a companion album of sorts to his first covers album, "Raised On Radio", on January 27, 2023. This time out, Romero pays tribute to legendary artists from the metal world like Ozzy Osbourne, Black Sabbath, Judas Priest, Iron Maiden, Accept, Metallica, and more. Special guests on the album include Gus G. (Firewind, Ozzy Osbourne), Chris Caffery (Savatage, Spirits Of Fire), Roland Grapow (Masterplan, Helloween), and more.
Romero's voice and prolific musical activity have brought him to the forefront of the hard rock/metal scene where he can be seen/heard with Lords of Black, The Ferrymen, Sunstorm, Rainbow, and the Michael Schenker Group. Through his work fronting these acts, it is no stretch to see how the artists covered on this album have influenced Romero and understand how his voice is well suited to give them a proper tribute.
Ambitious and driven as always, this record is another special treat for fans while Romero continues work on his proper debut solo album of original material.
Romero's first solo covers album, "Raised On Radio", featured covers of classics that meant something special to Romero over the years and helped forge this talented singer's musical style. Songs by legendary acts like Survivor, Bad Company, Foreigner, Queen, Led Zeppelin, and more were given Romero's talented vocal treatment. These classic rock and AOR covers showcased a different side of Romero's musical influences and were executed with passion, charisma, and power. Now, with this second installment of covers, "Raised On Metal Radio", Romero showcases his love of metal music, for which he is more widely known.
Through Romero's career thus far, he has performed killer renditions of several rock and metal classics as part of his shows fronting legendary acts like Rainbow and the Michael Schenker Group (MSG). He's also covered classic songs by Journey, Queen, Rainbow, and more with Spanish metallers Lords Of Black. So, with trying his hand at covers by legendary artists being familiar territory already, both cover albums were waters that Romero was comfortable wading into.