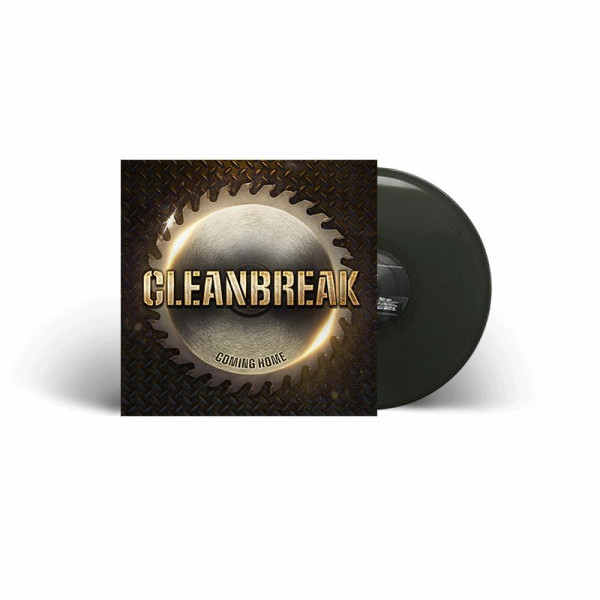 Original bio:
Frontiers Music Srl is pleased to continue their partnership with James Durbin as he continues on his path to wave the flag for almighty heavy metal with his new band Cleanbreak! Mike Flyntz of Riot V, Perry Richardson of Stryper and Robert Sweet, also of Stryper round out the line-up.
After Durbin's well received debut album (under the moniker "Durbin"), "The Beast Awakens", James was eager to explore more opportunities to create heavy metal music within the label family. After some discussion about his inspirations and the musical path he wanted to pursue, Cleanbreak was born. Cleanbreak sees Durbin paired with guitarist Mike Flyntz of Riot V and the rhythm section of bassist Perry Richardson and drummer Robert Sweet, both of Stryper. Durbin had been doing deep dives into the label's past releases and was eager to work with Alessandro Del Vecchio on the Cleanbreak album. The two paired on songwriting and also had contributions from Nasson (Sinner's Blood, Chaos Magic), Marco Sivo (Poison Rose), Bill Hudson, Giancarlo Floridia, and Alan Moise.
Their goal was to craft an album that paid homage to a more traditional American heavy metal sound, ie. Riot, Fifth Angel, etc. and for that task Mike Flyntz was an ideal choice. But before Flyntz joined the fold, an ideal rhythm section was needed. Having worked with Stryper on multiple recent releases that are, coincidentally, the heaviest of the band's career, Robert Sweet and Perry Richardson seemed an ideal pairing to get involved with Cleanbreak. Both are criminally underrated players in the genre and it is a delight to see them shine in Cleanbreak, just like they do in Stryper.
While the concept of record labels putting together 'supergroups' has been around for decades, Frontiers Music Srl has, over the course of the past decade or so, really established a thoughtful, enthusiastic approach to the practice. Revolution Saints, The End Machine, Black Swan, Sweet & Lynch, Sunbomb, W.E.T., and Nordic Union are just a few examples of bands that have landed with great acclaim. The artists get to enjoy the opportunity to write and create music outside of the confines of their 'day job' and fans get the opportunity to hear even more new music from their favorite artists.