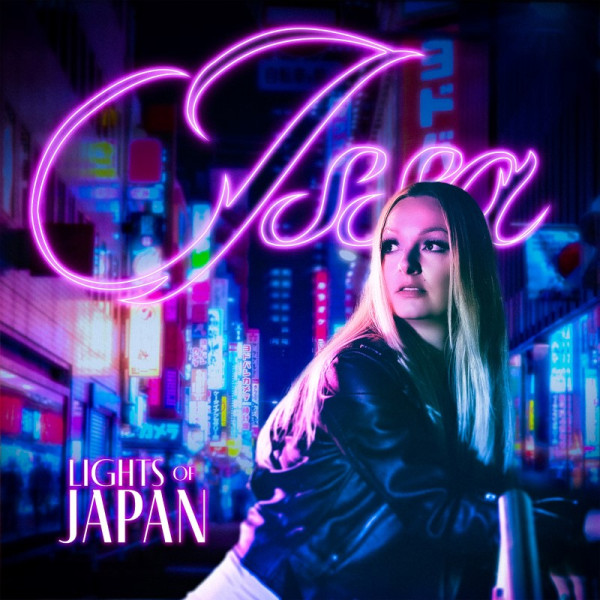 Norwegian melodic rock queen ISSA is back with her seventh studio album, “Lights Of Japan” on January 20, 2023.
A ‘rebirth’ of sorts, fans can expect to hear a revitalized and inspired artist who is evolving her sound, while also staying true to her roots. That being said, sonically, this latest album from ISSA lands somewhere between her revered debut album “Signs of Angels” and 2018's well received “Run With The Pack”, which makes "Lights Of Japan" one of the talented singer's absolute best albums thus far.
As fans have come to expect with this absolutely fabulous vocalist, "Lights Of Japan" is a truly gorgeous slab of melodic rock majesty. Huge vocals? Check. Soaring, beautiful melodies? Check. Hooks galore? Check.
For "Lights Of Japan", Issa worked with producer Michele Guaitoli, who has produced albums by Visions Of Atlantis, Kalidia, SheWolf, and many more, and is also the vocalist for Visions Of Atlantis, Temperance, and ERA. Guaitoli also played guitars and bass on the album as well as contributing to the songwriting on two tracks. For the bulk of the album's songwriting, Issa's husband James Martin and his brother Tom, both former members of UK melodic rockers VEGA, contributed their immense talents.
ISSA’s musical growth over the years has been tremendous to hear and watch and fans will reap the rewards with “Lights Of Japan,” another gem in her crown."Lights Of Japan"

Giovanni Barbetta - Saxophone in 'Moon Of Love'
Guitar solos for Live Again, Lights Of Japan, Fight To Survive, It’s Over, Seize The Day by Robby Luckets
Guitar solos for Stop The Rain, Chains, Shadow To The Light, I’ll Be Waiting by Michele Guaitoli
Guitar solo for I’ll Give You My Heart by John Mitchell