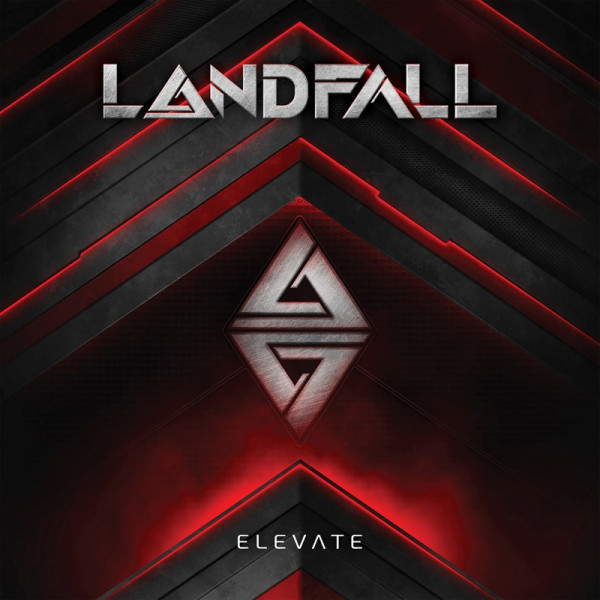 Frontiers Music Srl is pleased to present the sophomore album, "Elevate" from Brazilian melodic rockers Landfall. Hailing from Curitiba, Brazil, Landfall features singer Gui Oliver (ex-Auras), guitarist Marcelo Gelbcke, bassist Thiago Forbeci, and drummer Felipe Souzza. The band’s delightful Melodic Rock/AOR sound can best be described as falling somewhere between classic melodic rock, a là Journey, and slightly heavier influences, such as classic era Dokken, White Lion, and Extreme. With phenomenal musical and songwriting abilities and the golden voice of Oliver, Landfall is truly a welcome addition to the melodic rock genre.
“This record definitely sums up the essence of who we are as a band. Being our second album, we were much more comfortable creating this music, so I think our personalities as musicians are even more apparent this time. As a group, we are currently living such a great moment and I think it has been reflected in our new music," says guitarist Marcelo Gelbcke.
Lead singer and lyricist Gui Oliver believes that the new songs are stronger than ever and capture the best of each band member. “We know exactly what we want to say, the music we want to play. Also, Marcelo and Felipe were meticulous in every detail of the production creating a special atmosphere for the songs," he says.
“In terms of writing and production, the entire process went smoothly, although we knew we would have a lot of work coming on our way. We did the whole piece in nine months. Even before we wrote the first seed of a song, we knew from the beginning what we should focus on and where to go. This makes a huge difference in the end. As we're self-producers, what you will listen to on the tracks is the exact way we want to sound. ‘Elevate’ is the LANDFALL's version 2.0. Powerful tones with well-built foundations and harmonies and really catchy melodies," says drummer Felipe Souzza.
Landfall was originally formed by drummer Felipe Souzza and guitarist Marcelo Gelbcke, childhood friends who have been playing together since they were about 15 years old. Some years later, bassist Thiago Forbeci joined up with them and added new musical input and influences, at which point the band decided to go in a new direction. During this period, they released three independent albums under the name Wild Child, performing several concerts around Brazil, including opening for acts such as Glenn Hughes and Mike Vescera.
Joined in 2017 by the former Auras singer Gui Oliver, Landfall began writing songs that would eventually become their first album released by Frontiers Records, “The Turning Point”. As a songwriter, Oliver had previously written songs for several artists from the label, including Jimi Jamison, Bobby Kimball, Fergie Frederiksen, and Issa. About Landfall, he said “I was really glad to be back with Frontiers with a new band and new songs in a new perspective. When I met the guys for the first time, I was really impressed by what gifted musicians they were. I knew we could make some great music together."
During the period between releasing "The Turning Point" and commencing work on their second album "Elevate", Marcelo Gelbcke, along with Semblant vocalist Sergio Mazul, wrote, produced, and recorded the first Icon of Sin album, a heavy metal tour de force featuring the incredibly talented Brazilian vocalist Raphael Mendes. As for Gui Oliver, he released the debut Mayank album together with Alessandro Del Vecchio (Edge Of Forever, Hardline), Rolf Nordström (Perfect Plan), and Nicholas Papappico (Robin McAuley), another killer slice of melodic rock/AOR.