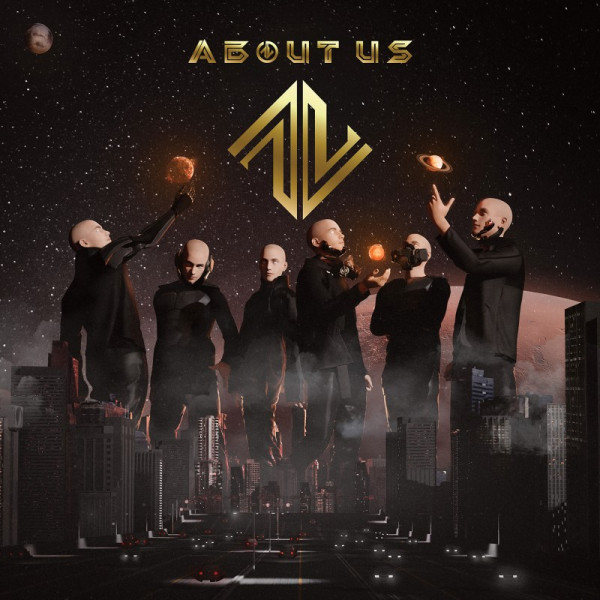 Description
Description
GENRE: Hard Rock Frontiers Music Srl is pleased to announce the signing of About Us, an... more
Close menu
Product information "ABOUT US - About Us - CD Jewelcase"

Frontiers Music Srl is pleased to announce the signing of About Us, an exciting new melodic hard rock band hailing from Nagaland, India, and more specifically from a district in the state of Nagaland called Wokha (‘Land of Plenty’). Their Frontiers' debut, a self-titled release, will be released on November 11, 2022.
The band first formed in the winter of 2019 with the members coming from varied musical backgrounds. The members of About Us had been performing for the last 15 years or so in different bands and projects before coming together. Their collective musical taste varied from blues, AOR, hard rock, and so on, all of which is reflected in their self-titled debut. The band released their first single ‘Loaded Love‘ in late December 2020, followed later by another single, ‘Rock Is Back’, which was heralded by the editor of a popular daily in their area, Morung Express. The band then released their first music video, “Gimme Gimme” in late April 2021, which reached almost half a million viewers in just a short time. The song subsequently won two back to back awards in the Best Rock category at the MG Nagaland Music Awards (June 23, 2021) and the Music Awards of Nagaland (October 16, 2021). Wrapping up a busy 2021 for About US, the band released their self-titled debut album in their home country and a second music vide, 'Right Now'.
The band then came to the attention of Frontiers Music Srl, who loved the band's non-traditional approach to melodic rock and quickly moved to make the band an offer to join their roster. Subsequently, the band's self-titled debut and the accompanying music video will be re-released on a global basis in 2022.