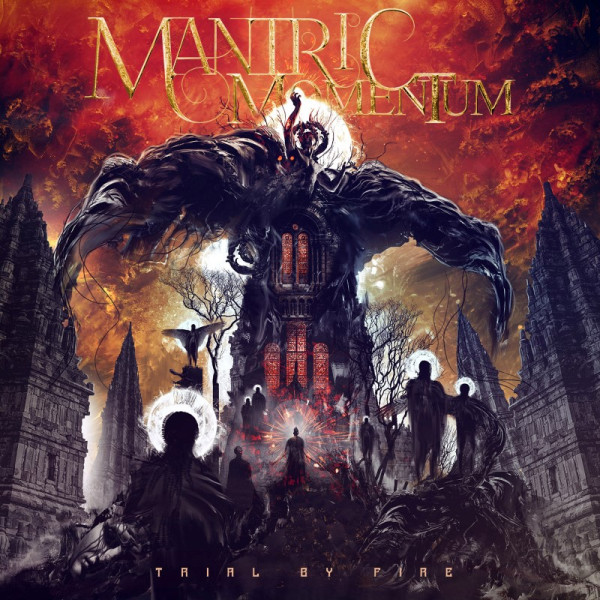 Frontiers Music Srl is pleased to announce the signing of Mantric Momentum, a new melodic heavy metal group centered around vocalist Terje Harøy (Pyramaze) and multi-instrumentalist/songwriter Christer Harøy (Divided Multitude, Crossnail). The band will release their debut album, “Trial By Fire” on November 11, 2022.
“Trial By Fire” includes guest musical appearances from  Frank Nordeng Røe, Jimmy Hedlund, Lawrence Dinamarca, Magnus Karlsson, Truls Haugen, Ketil A Jensen, and a guest vocal appearance from Tina Gunnarsson.
The initial idea for Mantric Momentum first saw the day of light in 2011, when Christ Harøy co-wrote a song with Danish producer Jacob Hansen. The project was slow to come to life though, due to Christer's duties with the bands Divided Multitude, Teodor Tuff, and Crossnail. Their first music, the 'Awaiting Tomorrow' single, was finally released in 2017 and featured two tracks, 'Immortal' being the second track, with guest appearances from Yannis Papadopoulos (Beast In Black), Truls Haugen (Circus Maximus), Joey Vera (Fates Warning), and Ketil A Jensen.
The single 'Temple of My Fears' followed in 2020, this time with Christer playing all the instruments and featuring Ralf Scheepers on vocals. A third single, 'Shattered' was released in 2021 and featured Netta Laurenne (Smackbound, Laurenne/Louhimo) on vocals.
With these songs out there in the world, Christer got the itch to make a full-length album. For the vocal duties for the album, Christer wanted a full-time singer and permanent member, so he brought in his cousin and great friend, the Norwegian powerhouse Terje Harøy, who fronts Pyramaze. Christer and Terje have been working together on numerous projects and bands, so this was a natural fit.
Stay tuned for a massive dose of melodic heavy metal coming your way soon!