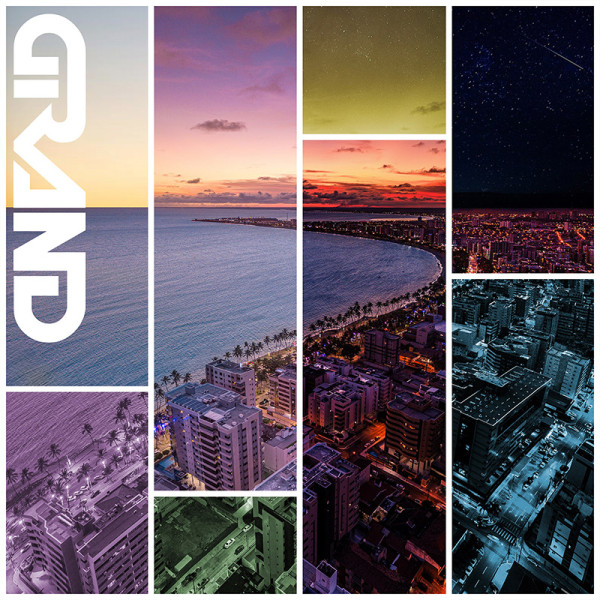 Frontiers Music Srl is pleased to announce the release of the upcoming self-titled debut album from Sweden's Grand.
Grand was formed in 2020 in the southern outskirts of Stockholm, Sweden. Vocalist Mattias Olofsson had always nurtured a dream of releasing his own AOR project one day. Working for almost two decades as a professional singer and songwriter, he kept experimenting with ideas and writing songs, just waiting for the right moment. In the fall of 2020, the stars finally aligned, when he came to know two fellow musicians who shared his passion for the AOR genre: guitarist and producer Jakob Svensson (Wigelius) and drummer Anton Martinez Matz. The trio joined forces soon after and Grand became a reality.
Through a combination of old and new ideas, all with influences from their favorite bands such as Starship, Foreigner, Mr. Big, Giant, and the like, four songs were finalized that the band felt best represented who they wanted to be. They started to send the songs to different labels and in 2021, they signed with Frontiers Music Srl, the leading purveyor of quality melodic rock.
Grand continues a long tradition of spectacular AOR bands emerging from Sweden. Lovers of all things melodic rock will surely need to add "Grand" to their must-listen list for 2022!