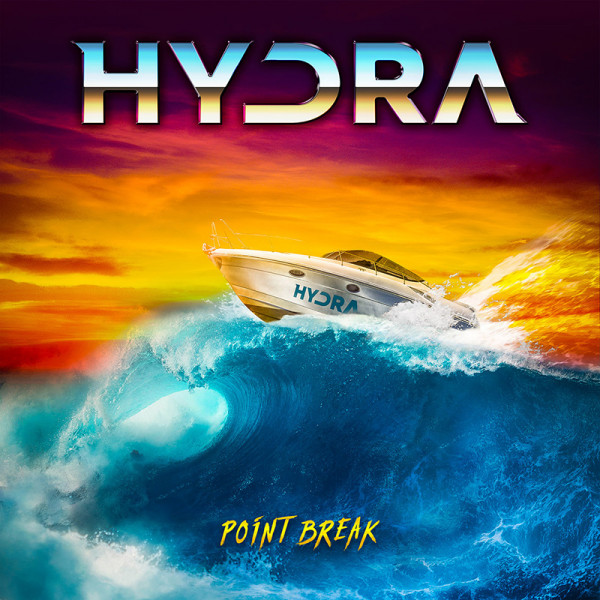 Frontiers Records is proud to present the new album from a new melodic rock band from Sweden Hydra's "Point Break". Hydra is the brainchild of Swedish songwriter/musician Henrik Hedström, who has been a songwriter based out of Stockholm for many years and a friend of drummer/producer Daniel Flores (First Signal, Find Me, The Murder Of My Sweet) for the past 15 years. Flores drums and plays keyboards on the album, while vocals and lead and rhythm guitars are handled by Andi Kravljaca. Henrik plays keyboards and acoustic and clean guitars in Hydra.
In his own words,  Henrik Hedström was "kind of a musical prodigy and always sang or played piano at the school celebrations." In Stockholm, Henrik started and joined a few bands through the years, serving as a singer, guitar player, and songwriter. He eventually decided to start a solo career and began working with Swedish producer Anders Bagge. After some time with Anders, Henrik started a new band, Hydra. Around the same time, Henrik was signed as a songwriter by Warner/Chappell, writing pop music, but this ultimately wasn't where his heart was and he eventually started a career outside of music.
In 2007, Henrik met Daniel Flores, whom he was introduced to through a mutual friend, Andreas Novak (Mind's Eye, House of Shakira). The two wound up recording some pop music demos for Warner/Chappell, but again, Henrik's heart wasn't really in it and in 2009, he ended his deal with Warner/Chappell. In 2019, Flores reached out to Henrik and asked him to send over some old and newer versions of his songs, particularly the rock ones. Later in 2019, Henrik's song "A Million Miles" was recorded and released by First Signal and in 2020, "Beat Them All" by Angelica, both releases coming via Frontiers Music Srl.