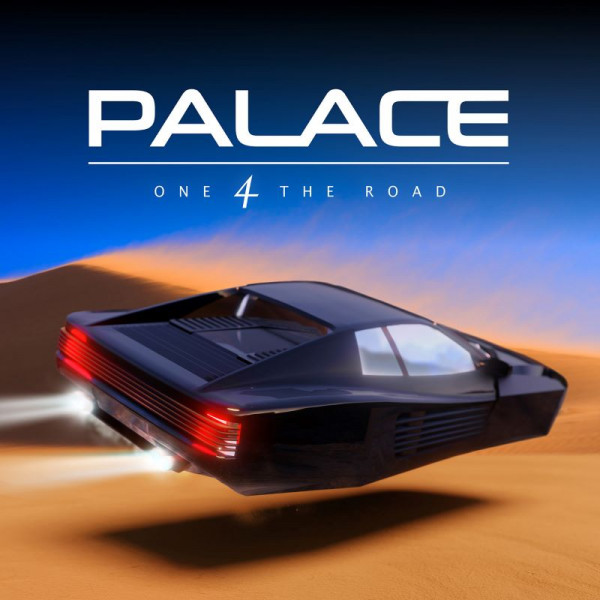 Palace, the brainchild of Lithuanian born Swedish vocalist and multi-instrumentalist Michael Palace, returns with a fourth album, "One 4 The Road". Once again, Michael Palace handles all the instrumentation, songwriting, and production for the effort, which showcases his love for the imagery and sounds of the glorious ‘80s. "One 4 The Road" is an unabashedly massive AOR/Melodic Rock album, as has come to be expected from this gifted Swede's output under the Palace moniker. Palace's sound can best be described as a carefully curated blend of all the greatest arena rock, AOR, and hard rock from the 80’s delivered in a tight-knit package. Unforgettable choruses, virtuosic guitars, clever lyricism, and a true passion for the retro aesthetic...Palace tickles the nostalgia nerve, while maintaining a firm foothold in the now.
Michael Palace first began collaborating with Frontiers as a songwriter and guitarist for First Signal, which of course features legendary Harem Scarem vocalist Harry Hess, Cry of Dawn featuring Goran Edman, Kryptonite featuring The Poodles vocalist Jakob Samuel, and Pride Of Lions vocalist Toby Hitchcock. Those successful (and musically delightful) collaborations led to a deal with Frontiers where Michael could deliver songs in his own vision without other musicians in mind under the name Palace. "One 4 The Road" is the fourth release by Michael's solo vehicle, which he has been releasing albums by bi-annually since 2016.
Michael Palace is best known for his namesake project, where he is responsible for every part of the production. Michael does it, not out of necessity, but rather a deep love for the entire craft, and frequently collaborates with a vast number of artists and musicians around the world. Michael Palace has honed his skills as a musician, songwriter, and studio whiz with several different acts over the years, including, but not limited to KENT HILLI (Perfect Plan), FANS OF THE DARK, THE MURDER OF MY SWEET, HOUSTON, FIND ME (featuring Robbie LaBlanc), FIRST SIGNAL (featuring Harry Hess), and more.
Fans of Palace’s previous three releases, “Master Of The Universe”, “Binary Music”, and "Rock and Roll Radio", will have no shortage of joy upon hearing the band’s latest entry into Michael Palace’s impressive and growing catalog.