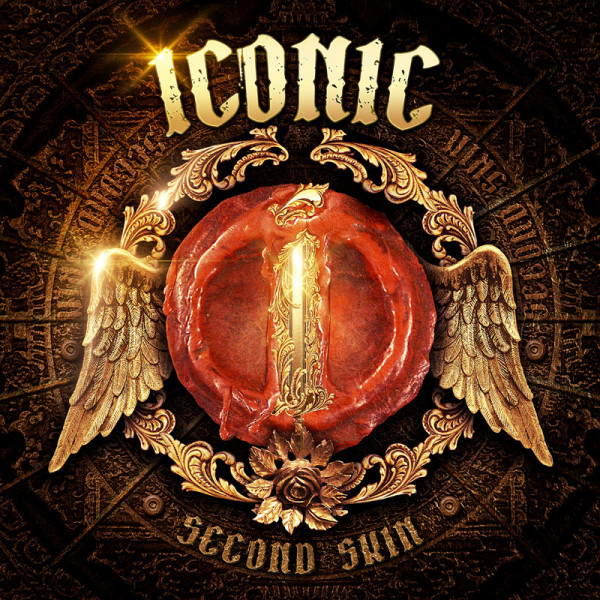 Frontiers Music Srl is pleased to announce the formation of an exciting new hard rock group, Iconic. Featuring Michael Sweet (guitars), Joel Hoekstra (guitars), Marco Mendoza (bass), Tommy Aldridge (drums), and Nathan James (vocals), Iconic is primed to set the hard rock world on fire!
Michael Sweet, known for his work as guitarist/vocalist for the legendary heavy metal band Stryper and his solo work, with his instantly recognizable voice and guitar style is really a name that needs no introduction to the hard rock faithful. Joel Hoekstra, currently of Whitesnake and Trans-Siberian Orchestra, is one of hard rock's premiere guitarists, whose fretwork is regularly praised and admired. Marco Mendoza's resume really speaks for itself (Thin Lizzy, Black Star Riders, The Dead Daisies, Journey) and the legendary bassist shines, as he always does, here. Tommy Aldridge, currently of Whitesnake, has also played with Ozzy Osbourne, Ted Nugent, and Black Oak Arkansas, among others, and is considered one of the great hard rock drummers of all-time. And handling lead vocals is none other than Inglorious' Nathan James, a young man whose vocal style is a fitting, proper descendent of rock's vocal legends of the '70s.
Iconic was born from an idea Serafino Perugino, President & Head of A&R for Frontiers, had for surrounding the incredible talent of vocalist Nathan James with established musicians from the rock and metal world to play a musical style in the vein of Whitesnake. He met with in-house producer Alessandro Del Vecchio and began to map out the line-up accordingly.  Michael Sweet and Del Vecchio had already worked together on Sunbomb (Michael's heavy metal project with Tracii Guns of L.A. Guns) and had really enjoyed working together. Sweet was keen to come up with another release for the two of them to collaborate on, so he was happy to join in. A pairing of Sweet and Joel Hoekstra had been an idea that was kicking around for a few years and this seemed like the ideal opportunity to bring that idea to fruition. Plus, Nathan and Joel were friends from their shared time in Trans-Siberian Orchestra and Sweet had become a fan of Nathan's vocals after hearing Inglorious, so the two guitarists together with Nathan felt natural. With the musical direction set and two wildly skilled guitar players on board, getting current and/or former members of Whitesnake's rhythm section involved seemed an ideal scenario and thus Mendoza and Aldridge joined the fold.
Sweet and Hoekstra handled the bulk of the songwriting. Co-producer Alessandro Del Vecchio (he and Sweet produced the album together) contributed vocal melodies and keyboards. James also contributed songwriting to two tracks.
While the concept of record labels putting together 'supergroups' has been around for decades, Frontiers Music Srl has, over the course of the past decade or so, really established a thoughtful, enthusiastic approach to the practice. Revolution Saints, The End Machine, Black Swan, Sweet & Lynch, Sunbomb, W.E.T., and Nordic Union are just a few examples of bands that have landed with great acclaim. The artists get to enjoy the opportunity to write and create music outside of the confines of their 'day job' and fans get the opportunity to hear even more new music from their favorite artists. Iconic seems sure to be yet another winner!