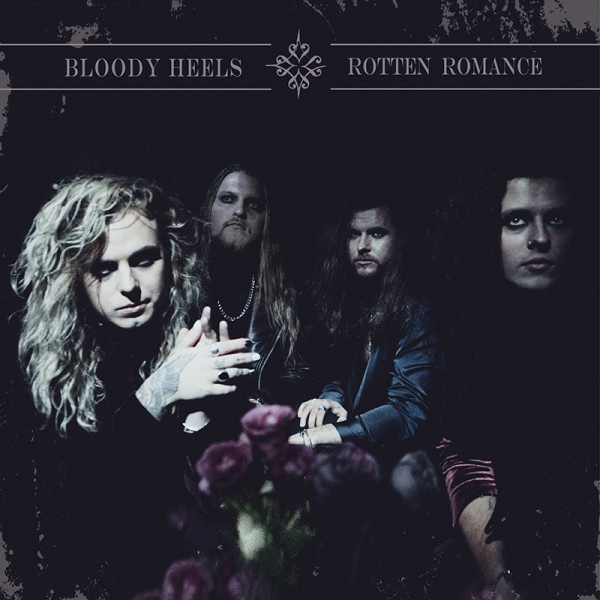 Latvian hard rockers Bloody Heels have announced their return with a new studio album, "Rotten Romance" on June 10, 2022.
“Rotten Romance”, their third album overall, follows their Frontiers debut, "Ignite The Sky" (2020). While the band still shows nods to the great ‘80s hard rock scene in their sound, the new album presents a stylistic leap from the band that is delightfully unexpected and welcome. Not content to be stagnant in their musical approach, Bloody Heels have pushed their sound forward, proving that innovation within the confines of a genre is always possible when the will to push through barriers exists.
"Rotten Romance" will certainly please fans of the band's previous work, where strains of classic '80s hard rock were mixed with elements of heavy metal (and that is still very much the case here), but touches of progressive rock, gothic metal, and more modern rock are now identifiable in the mix and with spectacular results. Vocalist Vicky White's whisky-soaked sounding throat is in fine form here, while guitarist Harry Rivers, bassist Gunn Everett, and drummer Gus Hawk already superb playing has jumped up multiple levels. Intense, driving parts mix with atmospheric, sometimes dark breakdowns, giving the album's rhythm an enjoyable variety that works seamlessly.
Have Bloody Heels just provided the blueprint for how the class of bands paying respect to '80s hard rock and metal can actually push the genre into new, exciting, inventive territory? Only time will be the judge of that, but with "Rotten Romance" these Latvian upstarts have certainly thrown down a gauntlet for their peers to attempt to match.
Formed in 2012 in Riga, Latvia, Bloody Heels made a name for themselves with the EP  'Summer Nights' (2014) and the studio albums 'Through Mystery' (2017) and 'Ignite The Sky' (2020). They’ve played shows all around Europe including Sweden, Finland, Norway, Germany, Slovakia, Czech Republic, Poland, Netherlands, Belgium, and the Baltic States.