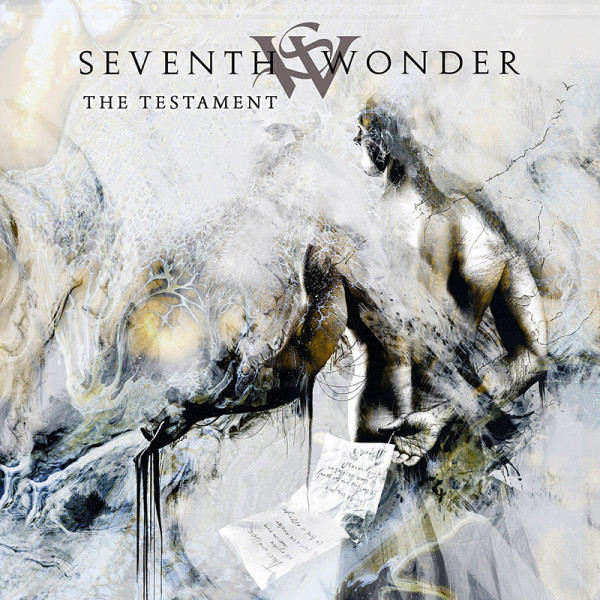 Frontiers Music Srl is pleased to announce the upcoming release of Swedish progressive metal masters Seventh Wonder's new studio album, "The Testament". This new album follows 2018's "Tiara", which, at the time, was the band's first new music in eight years. While the wait between albums was, mercifully, shorter this time around, the band certainly did not need any extra time to craft a stunning album showcasing their prolific instrumental skills and intricate songwriting. Indeed, "The Testament" is a high watermark in the band's already revered discography.
Seventh Wonder was formed in 2000 by bassist Andreas Blomqvist, guitarist Johan Liefvendahl, and drummer Johnny Sandin after their previous band fell apart. The music they were writing and playing turned towards progressive metal. When keyboardist Andreas “Kyrt” Söderin joined in late 2000, their new sonic explorations were only cemented further. Two demos were recorded (2001 & 2003) and the latter caught the attention of the label Lion Music, who signed the band in 2004. That collaboration spawned the first Seventh Wonder album, ‘Become’, which was released in June 2005. “Become” was well received by progressive metal fans and media alike; however, the band and singer Andi Kravljaca decided to part ways shortly after the recording process had ended. Enter the brilliant Tommy Karevik (Kamelot, ex-Vindictiv), who joined the band in 2005, actually prior to the official release of “Become”.
The next album, ‘Waiting In The Wings’ was recorded in 2006 and mixed and mastered by legendary Tommy Hansen. This album was a huge leap forward in terms of song complexity and maturity and received outstanding reviews and fan accolades, establishing Seventh Wonder as a force to be reckoned with in the progressive metal world. 2007 was spent playing live in support of the album, including sharing stage with legendary bands such as Queensrÿche, Testament, Redemption, and many others in England, Holland, Norway, Sweden, and Denmark.
Simultaneously in 2007, a follow-up to ‘Waiting In The Wings’ was written. The band hit the studio in May of 2008 to record their third full-length, “Mercy Falls”, which was hailed as a true masterpiece at the time of its release. "Mercy Falls" was supported with several live shows in Europe, including Italy, Norway, Finland, and Holland.
In 2010, the band released “The Great Escape”, which again was met with critical and fan acclaim and cemented the band's standing as one of the premiere progressive metal bands in existence. In support, the band again toured in Europe and also appeared live in the USA at ProgPower Festival.
After "The Great Escape" album release, drummer Johnny Sandin left the band and would later be replaced by the incredibly talented Stefan Norgren (ex-Lion´s Share). Seventh Wonder fans collectively lost their minds in 2018 when it was announced that after an agonizing eight year wait, the band's latest studio album "Tiara" would be released. "Tiara" once again continued the band's winning streak of crafting progressive metal masterpieces and was greeted with high levels of enthusiasm.
Now, in 2022, the band one again returns with another magnum opus of a progressive metal album, "The Testament".