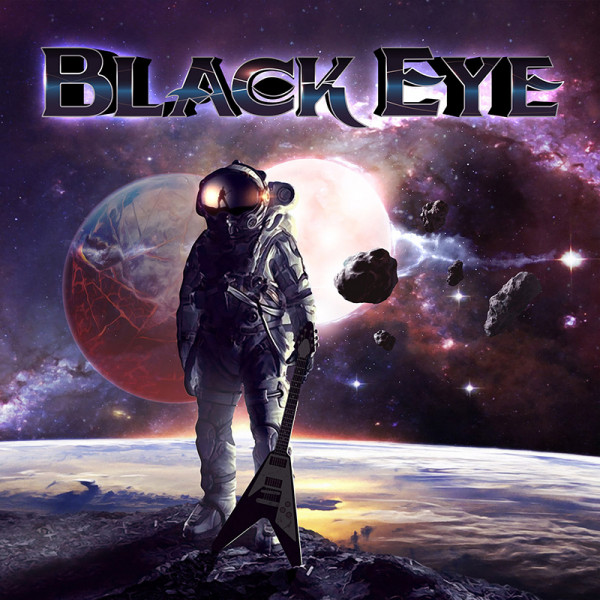 Frontiers is pleased to present Black Eye, a new musical project centered around the vocal talents of David Readman (Pink Cream 69). Their self-titled debut album will be released on May 6, 2022.
The driving principle behind Black Eye was to craft a melodic metal album with big choruses, powerful rhythms, and huge solos that would showcase the powerful voice of Readman, an absolute world class singer.
The concept for Black Eye first came together when Serafino Perugino, President and Head of A&R for Frontiers Records, came up with the idea to pair Readman and producer/guitarist/songwriter Aldo Lonobile together to craft a melodic metal album built upon the foundation of Readman's powerful voice. Produced by Lonobile (Secret Sphere, Archon Angel, Sweet Oblivion), who also plays guitar on the album, Black Eye is comprised of guitarist Luca Princiotta (DORO), who also participated in the songwriting, drummer David Folchitto (ex- Fleshgod Apocalypse, Stormlord), and bassist Andrea Arcangeli (DGM). Additionally, Antonio Agate (arranger for many artists, including Secret Sphere, Timo Tolkki's Avalon, Sweet Oblivion ft. Geoff Tate, and more) and Mattia Gosetti (Agarthic) provide keyboards and orchestra arrangements.
Readman has enjoyed a long-running career due to his impressive vocal talents. An English singer best known for being the vocalist of hard rock band Pink Cream 69, who have worked with Frontiers over the years on multiple releases, and former vocalist of progressive metal band Adagio. Additionally, Readman released a solo album in 2007 and was also part of German guitarist Alex Beyrodt's band Voodoo Circle, from 2008 to 2016, returning in 2020. In 2015, two projects featuring Readman on lead vocals were revealed. The first, Room Experience, was a melodic rock project led by Italian musician Gianluca Firmo and they released a self-titled album released in May 2015. The second, Almanac, was a new heavy metal band led by former Rage guitarist Victor Smolski. In September 2016, Readman reformed the David Readman Band, his solo band that he had founded in Germany some years back. Never one to rest on his laurels, in 2017, it was announced that Readman had joined New Wave of British Heavy Metal legends Tank. In October 2017, another new project came out called Pendulum of Fortune, featuring Readman with Bodo Schopf, Franky R., and Vladimir Shevjakov.
Fans of European melodic metal masters ike Masterplan and Edguy and everyone who has celebrated Readman's voice over the years in his various endeavors will find much to be pleased with here!