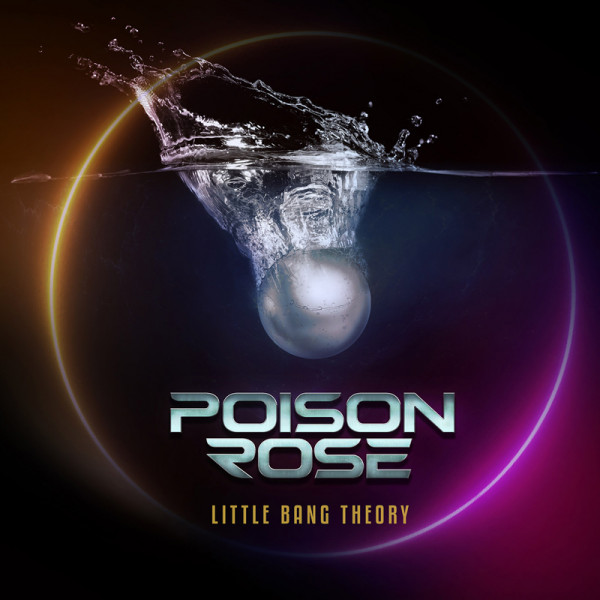 Poison Rose is a new project centered around vocalist Marco Sivo, a songwriter and backing vocalist on multiple releases from the Frontiers label. Frontiers' President Serafino Perugino wanted to put him in the spotlight and showcase his talents as a songwriter and singer, thus Poison Rose was born. The debut album, "Little Bang Theory" features 11 contemporary hard rock songs with in-your-face performances and haunting melodies.
Brought to the label's attention by producer Alessandro Del Vecchio, Marco Sivo has written songs for albums by Gioeli-Castronovo, Lovekillers feat. Tony Harnell, and Sweet Oblivion feat. Geoff Tate and has also been featured as backing vocalist on all of the Hell In The Club albums released by the Frontiers label and on “Lifeblood” by Secret Sphere. When Perugino talked to Del Vecchio about building a new project around Sivo’s voice, it was a natural fit to surround Marco with musicians from his circle of friends: Edo Sala (Sunstorm, Lovekillers), Aldo Lonobile (Secret Sphere, Edge Of Forever), and Andrea Seveso (Robin McAuley, Jorn). All three deliver the goods, as they always do, on "Little Bang Theory", giving it a depth and identity that goes well beyond a mere studio project.
Marco Sivo has been Italy’s best kept secret for years. Since his last time fronting a band was with the prog-metal band Time Machine on their last album “Reviviscence” in 2004, the time had come to bring him more in the public eye fronting a new, fresh band that would be the right musical vehicle for his vocal and writing abilities. (Sivo’s voice has also been heard on national broadcast “Virgin Radio”, singing their official jingle/anthem, so some of you might know his voice without realizing it.)
Songs for "Little Bang Theory" were written by Sivo with Alessandro Del Vecchio, Pete Alpenborg, Brett Jones, Riccardo Canato, and upcoming talent Stefano Mainini.