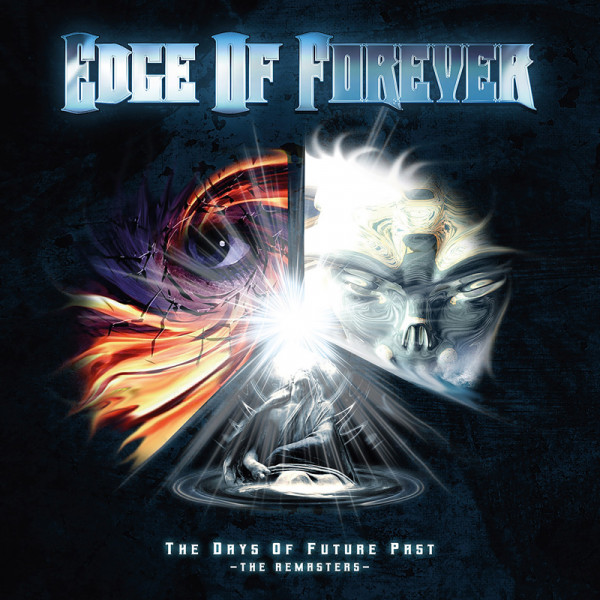 Description
Description
3 Digifiles (slim Digipaks aka Gatefold-Cardboard-Sleeves) coming in a Cardboard-Slipcase... more
Close menu
Product information "EDGE OF FOREVER - The Days Of Future Past - The Remasters - 3-CD (Digifiles in Slipcase)"

On the heels of the release of the band's latest studio album, "Seminole," Frontiers Music Srl is pleased to announce the reissue of Edge Of Forever's first three studio albums, "Feeding The Fire" (2004), "Let The Demon Rock 'N' Roll" (2005), and "Another Paradise" (2009). All three albums have been remastered by Edge Of Forever founding member and mastermind Alessandro Del Vecchio and will be available as individual albums digitally and as a special 3CD set, "The Days Of Future Past - The Remasters" as well.
Del Vecchio was joined on the first two albums, "Feeding The Fire" and "Let The Demon Rock N Roll", by vocalist Bob Harris (ex-AXE), guitarist Matteo Carnio, bassist Christian Grillo, and drummer Francesco Jovino (who would later become the drummer for Primal Fear and JORN). For "Another Paradise", Del Vecchio took over on lead vocals (and still played keyboards, of course) and drummer Francesco Jovino remained, while bassist Nik Mazzucconi, who is still in the band, and guitarist Walter Caliaro joined. Bob Harris, Roberto Tiranti (Labyrinth), and Carsten Schulz (Devoid, Evidence One) provided backing vocals and Jgor Gianola provided additional guitars.
The first record, "Feeding The Fire" was produced by Marcel Jacob, former Yngwie Malmsteen bassist and bassist of Talisman. Del Vecchio had met Jacob at a show in Milan, IT in the early '00s and given him a copy of EOF demos. Jacob liked what he heard and offered to produce their debut album. He also got the band signed to MTM in Germany and Jeff Scott Soto, the vocalist of Talisman, appears on background vocals on the album. Del Vecchio has talked about his eternal debt of gratitude to Jacob over the years, including in the Edge Of Forever song 'Take Your Time' from the album "Native Soul". (Watch the lyric video for the song HERE: https://youtu.be/NPZesC5Azz4)
Since coming back from an extended hiatus in 2019 with new members guitarist Aldo Lonobile (Secret Sphere, Archon Angel) and drummer Marco di Salvia (Hardline) joining the band founder and vocalist/keyboardist Alessandro Del Vecchio and bassist Nik Mazzucconi (Labyrinth), Edge Of Forever has released two studio albums, "Native Soul" and “Seminole”. Both albums continue the band’s tradition of combining inspirational and positive lyrics with powerful riffs, anthemic vocals, and skilled musicianship inspired by the heart and depth of Native American culture.