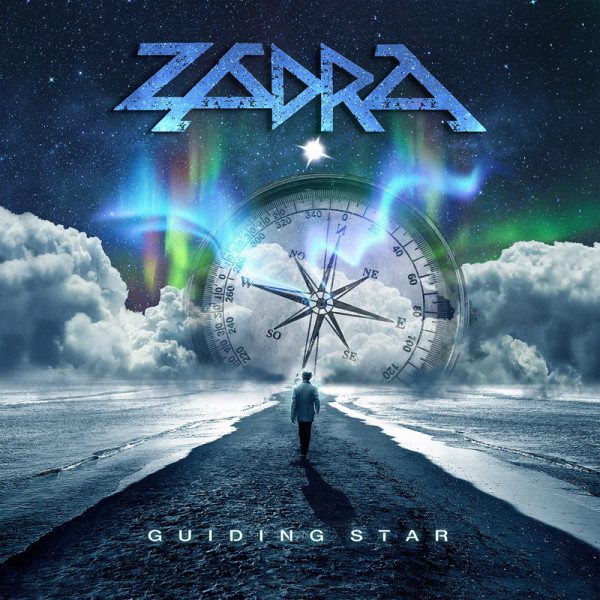 Frontiers Music Srl is thrilled to welcome ZADRA to the roster. Zadra is a continuation of the label's relationship with the talented guitarist/vocalist August Zadra, who the label has worked with as a member of Waiting For Monday and Dennis DeYoung's band. Zadra’s debut album, “Guiding Star” is the start of a new band centered around the talents of August, a Los Angeles based singer and guitarist.
“Guiding Star” is a compelling collection of hard hitting rock songs and ballads that feature his powerful and emotional vocals as well as his fiery guitar playing. The album was produced by the multi-talented Alessandro Del Vecchio (who added multiple instrumental and songwriting contributions) and features Jeff Scott Soto (background vocals and a songwriting contribution on “Take My Hand"), Dennis DeYoung (keyboard solo on “Take My Hand”), Jelly Cardarelli (drums), Jimmy Leahey (acoustic guitars on “A Matter of Yesterday”), Andrea Seveso (additional rhythm guitars on “Won’t Let Your Love Take Me Down”), Martin Jepsen Andersen (who contributed to the songwriting and additional rhythm guitars on “Escape The Rain”), and Guillermo De Medio, Pete Alpenborg, and Jan Akesson (who all contributed to the songwriting and additional keyboards as well).
August Zadra is best known for his touring and recording as a member of Dennis DeYoung's solo band since 2010. August has also written, recorded, or performed with several esteemed and much loved artists over the years including Jeff Scott Soto, Nuno Bettencourt, Robin Zander, Jim Peterik, and more. In 2020, the band he formed with vocalist Rudy Cardenas, Waiting for Monday, released their critically acclaimed debut album on the Frontiers. Also in 2020 and in 2021, he contributed backing vocals and guitars to Dennis DeYoung's highly praised final studio albums, "26 East, Vol. 1" and "26 East, Vol. 2", respectively. His passionate, high energy performances have been admired by fans, press, and other musicians around the world.  His joyful spirit and love of music are infectiously entertaining and delivered with a balance of flash and substance.