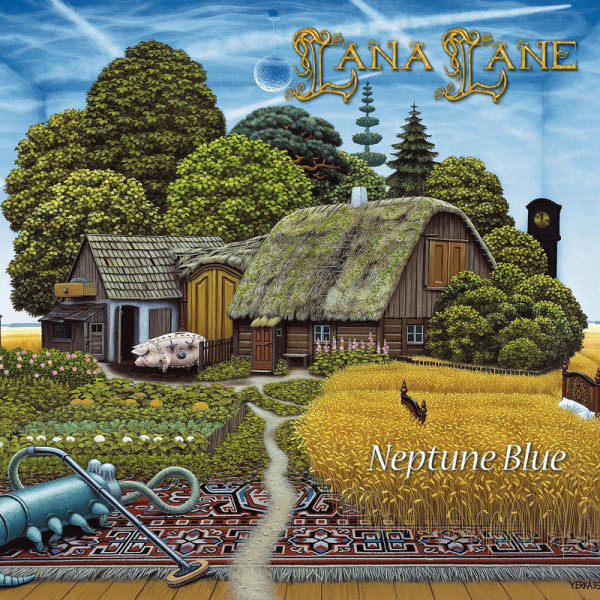 Frontiers Music Srl is thrilled to announce the return of Lana Lane, who has signed to the label for a new multi-album deal. Lana Lane released her last album, “El Dorado Hotel” in 2012, so it has been a long time coming for her next release. The new album was produced by Lana’s husband, Erik Norlander and features an outstanding lineup including Norlander on keyboards, bass and background vocals, Jeff Kollman on lead and rhythm guitars, Mark McCrite on rhythm and acoustic guitars, additional bass guitar, and backing vocals, Greg Ellis on drums and percussion, and John Payne on backing vocals. The album goes in a modern AOR direction with slight proggy and pomp elements. This a very welcomed and exciting return by Lane for all the fans who have enjoyed her work in the past and are keen to embrace her outstanding musical comeback.
Lana Lane is an accomplished rock vocalist with a long history of recording and touring. Born in Concord, California to a musical family, Lana grew up on a balanced diet of both rock music and big band swing music. Since music was always in the house, singing came very naturally to Lana, and she started fronting bands straight out of high school. To further her career, Lana moved to Los Angeles in the late '80s where she met her husband/producer Erik Norlander (Dukes Of The Orient, ASIA featuring John Payne).
Lana's debut album, "Love is an Illusion", was released in 1995 to critical acclaim. It soon caught the ear of a Japanese record company, Marquee Belle Antique, who saw great potential in the music, and of course in Lana's voice. The company released Lana's second album, "Curious Goods", in 1996, and then in 1998, Marquee launched a new high profile label called Avalon with Lana Lane as their flagship artist. Avalon released Lana's "Garden of the Moon" album which skyrocketed her career on the international stage, ultimately resulting in her first European release.
Lana began touring in Japan in 1998 to support "Garden of the Moon" and the subsequent "Ballad Collection" and "Queen of the Ocean" releases. She then expanded her touring efforts to Europe in 2001 to support "Secrets of Astrology", with additional tours in 2003 and 2004. In 2004, Lana released her first DVD, "Storybook: Tales from Europe and Japan", which documented her first years of touring on two continents. Then in 2005, Lana embarked on her 10th Anniversary Tour which culminated in her appearance at the Sweden Rock Festival at the end of the European leg and then the filming her 10th Anniversary Concert DVD in Tokyo after the final show in Japan at the tour’s conclusion. These years also marked the beginning of Lana's relationship with Frontiers Music Srl.
Lana has been dubbed "The Queen of Symphonic Rock" by fans and media, yet she remains a very versatile artist, able to move from intimate jazz pieces ("Ballad Collections", "Winter Sessions") to bone crushing progressive metal ("Secrets of Astrology", "Lady Macbeth", etc.). But, in the end, it is Lana's love of melody and artistry that reigns over all. She is a dedicated artist who approaches her craft with grace and integrity.