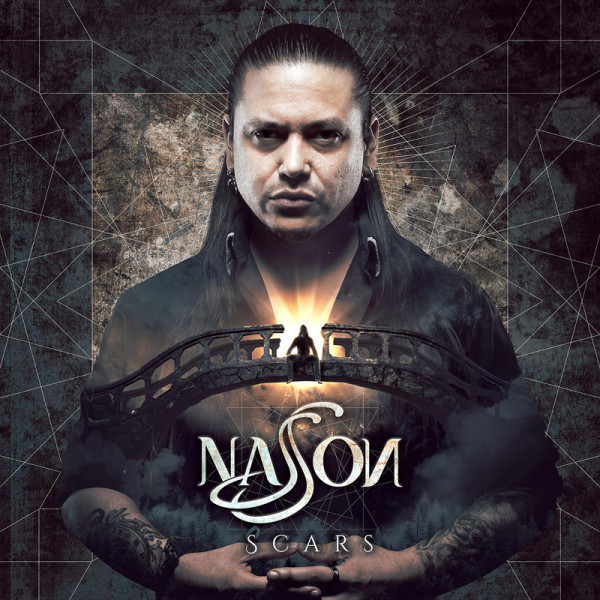 Nasson Prudant, a Chilean guitarist, songwriter, and now in-demand producer, has recently come to the attention of hard rock and metal fans through his work on the latest CHAOS MAGIC album, “Furyborn” and the outstanding debut record from SINNER’S BLOOD, “The Mirror Star”. Based in Santiago, Chile, Nasson is a stellar writer, arranger, and musician and with this new solo project, he also reveals his abilities as lead vocalist.
On “Scars”, Nasson offers fine examples of contemporary melodic metal with influences ranging from Evergrey to Pretty Maids to Eclipse. Handling all the songwriting and arrangements, he also plays the bulk of the instrumentation on "Scars", with the help of Rodrigo Leiva on drums and Caterina Nix (Chaos Magic) on background vocals. Caterina also appears together with her fellow talented Frontiers artists based in South America on the song “We Are the Army”,  where she is joined by fellow lead vocalists Gui Oliver (Landfall, Mayank), Mizuho Lin (Semblant, The Erinyes), and James Robledo (Sinner’s Blood). Other special guests on the album include Alessandro Del Vecchio for a vocal duet on “When it Rains,” Mistheria (Bruce Dickinson, Rob Rock) handling additional synth on “Mother Moon”, and Ignacio Torres handling lead guitars on “Not Today”, “Bringer of Sorrow” and “We Are The Army.”
“Scars” is an outstanding, and quite personal album, showcasing the amazing abilities of this new star in metal music, Nasson!

Guests Musicians:
Caterina Nix, Giu Oliver, Mizuho Lin & James Robledo in “We are the army”.
Mistheria - Additional Synths on “Mother moon”.
Alessandro del Vecchio - Guest vocals on “When it rains”
Ignacio Torres - Guitar (Solos on “Not Today”, “Bringer of sorrow” and “We are the army”)