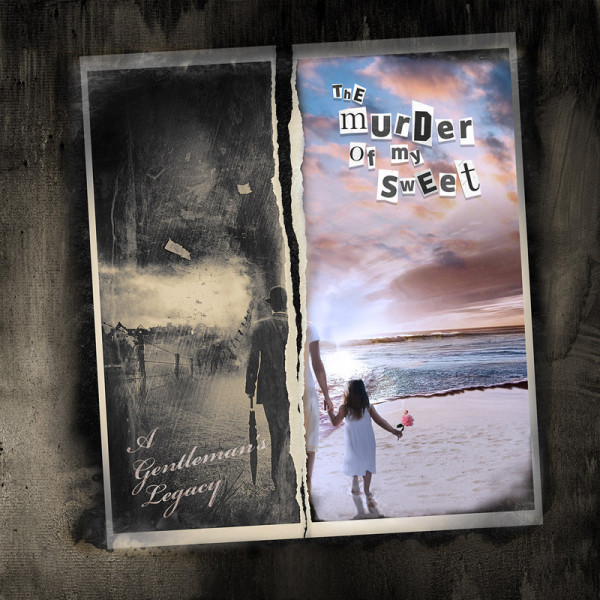 THE MURDER OF MY SWEET’s sixth studio album, "A Gentleman's Legacy” is a concept album that, interestingly enough, picks up where the last album from Mind’s Eye, TMOMS drummer/producer Daniel Flores' prog rock band,  left off with their 2007 release, “A Gentleman’s Hurricane”.
Joining TMOMS on guitar for this record is none other than Mike Palace, who is a big fan of the Mind’s Eye album, and on bass, Patrick Janson, who is very familiar with the prog genre having played with Platitude for several years.
"The album took about three months to write and about five months to record from start to end and is probably the longest time I have ever taken in a studio,” says Daniel Flores. "I was afraid of the time I had to take to make a worthy record not only for Mind's Eye fans, but for our amazing TMOMS fans, the fans that actually made this whole thing possible!”
As stated above, the connection between The Murder Of My Sweet and Mind's Eye is drummer, producer, and songwriter Daniel Flores. Daniel started TMOMS after Mind’s Eye released "A Gentleman's Hurricane”. The aforementioned record was a concept album about Adam Evangelista, a former CIA agent and hired gun who had gone rogue. Adam's story was told throughout the album via confessions to a priest, the priest that had actually raised Adam and had done him wrong with severe punishments, probably causing Adam to become the ice cold murderer he was. In the song 'Ashes to Ashes (In Land Lullaby)', Adam gets to see his daughter Pandora for the first time, a young Mexican/American who is desperately trying to find her father.
And here is where we pick up the story with the new The Murder Of My Sweet album, "A Gentlemans Legacy". Pandora is now a grown woman and is going down the same road as her father, taking revenge on the ones who were giving her father Adam his orders, the infamous Illuminati, our antagonist on this new album. The album tells the story of Pandora Evangelista and her journey, facing the challenges her father had to endure and suffering the ultimate punishment: remorse, the one thing no one can escape from.
The protagonist is played by TMOMS vocalist Angelica Rylin, whose lyrics show a woman's intuition and what she would go through in such a situation, giving the character a woman's touch while collaborating with the original creator of the story, Daniel Flores. Flores was challenged to go back to his progressive roots for this album and the sound is influenced by Queensrÿche and Genesis, but with his own personal touches highlighting strong melodies and letting the music stay in line with the development of the story.
Enjoy this magnificent, and unexpected, work of art for both the music and the storytelling!