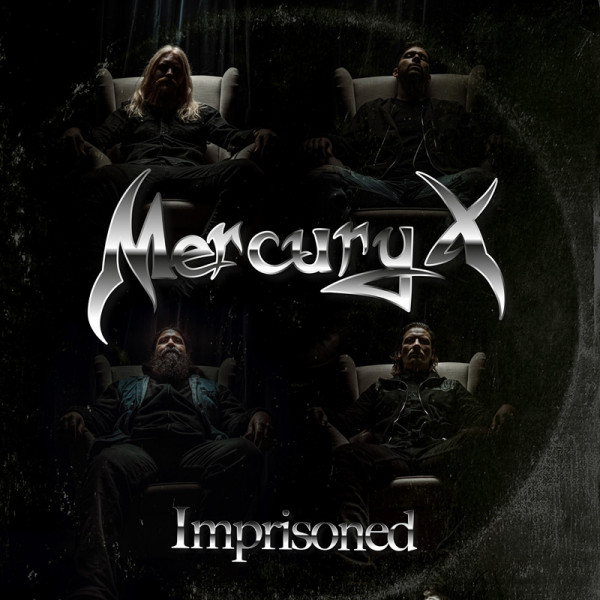 Mercury X is an outstanding progressive metal band hailing from Sweden. Mercury X's music and sound takes inspiration from the early '80s progressive metal bands as well as modern metal. The new album, "Imprisoned", is based on their lives during the making of the album, taking the listener through different emotional stages with simple and beautiful melodies accompanied by rough riffs.
Mercury X originally formed in 2013 in Norrtälje, outside of Stockholm. Guitarist/lead vocalist/violinist Martin Björklund, bassist Alfonso Flores, guitarist Jonas Vedin, and drummer/lead vocalist Denis Diaz met for the first time when they were studying music together in high school. They soon formed a band together, but eventually everyone followed their course of studies in different cities. When they all came back home, they decided to start a band again and thus formed Mercury X. Since then, the band has made two albums, both released independently.
More recently, they started writing an epic twenty minute long song called 'Imprisoned,' which was originally supposed to be a stand-alone EP release. After it was written, they decided to record an additional four songs and make a proper (for progressive metal) full length album.
As the album neared completion, they started to realize that it was a big step up from their previous releases, both in musical and songwriting quality in general, so they started to shop themselves around for a record deal. Eventually, they got in contact with Frontiers, who were deeply impressed with the quality of the material and signed the band.