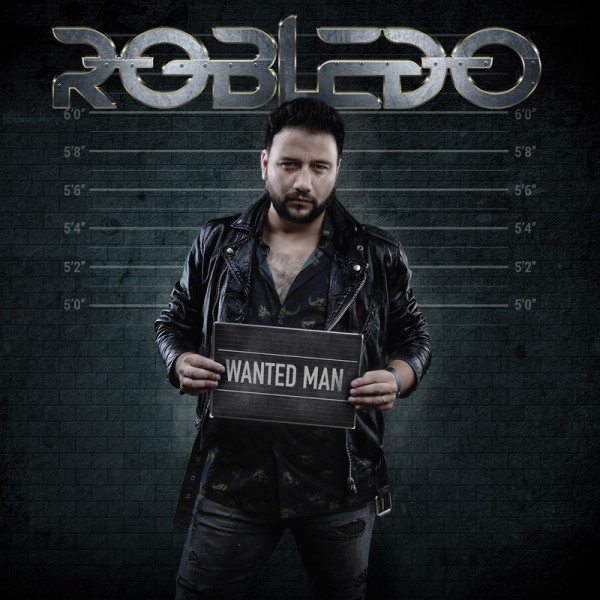 Frontiers Music Srl is pleased to introduce Chilean vocalist James Robledo to the international stage with his debut solo album, "Wanted Man". James was first signed to the label as part of the melodic metal band Sinner's Blood, whose debut album, "The Mirror Star" impressed listeners with their stunning take on melodic metal. The instrumentation and songwriting were superb and James' voice equally impressed. Frontiers was eager to explore more avenues to work with James and get his powerful vocals wider recognition, thus the idea of a solo album was born. "Wanted Man", written and produced with Alessandro Del Vecchio, is a showcase of this wonderful singer's talents.
James Robledo is a Chilean vocalist who comes from a family of musicians with prominent places in the history of Chilean music, with both national and international success. In his youth, he began his foray into metal and rock. In 2004, he was part of the Chilean Band Alternancia who in 2008 took first place in the Talento Crudo Festival (TVN Televisión Nacional de Chile). In 2011, James was invited to be part of Banda Argentina Thabu, with whom he released two albums. In 2016, James left Thabu to take part in the popular TV show THE VOICE CHILE 2, where his participation generated a stir thanks to his outstanding vocal performances.
In early 2017, James joined the band Renegade, with whom he recorded an album which featured a duet with the renowned Chilean singer Ronnie Romero (Lords Of Black, Sunstorm, Rainbow). In 2019, James signed with the Frontiers label as frontman of his new band Sinner’s Blood, which also features the renowned producer, songwriter, and musician Nasson (Chaos Magic). Sinner’s Blood debut album “The Mirror Star” showed his outstanding abilities, positioning him as one of the most prominent new hard rock/metal voices from the entirety of South America.
It is now James' turn to shine completely with his debut solo record, which was written and produced for him by Frontiers’ production guru Alessandro Del Vecchio, who also plays keyboards and bass on the album. André Hilgers (Rage, Silent Force, Bonfire) is on drums and Francesco Marras (Tygers Of Pan Tang) handles guitars. The result is a record with an organic melodic metal sound which showcases Robledo’s soulful vocal abilities. This guy is an absolute star!
This release is a project created, overseen and directed by Serafino Perugino President and A&R director of Frontiers Records.


Tracklisting:
1.Heart's The Only Enemy
2.Wanted Man
3.Quicksand
4.Dreams Decieve
5.Hate Like You
6.Shelter From Pain
7.Alone Again
8.Higher Scope
9.The Good Will Rise
10.The Holy Book
11.Where Eagles Dare To Fly