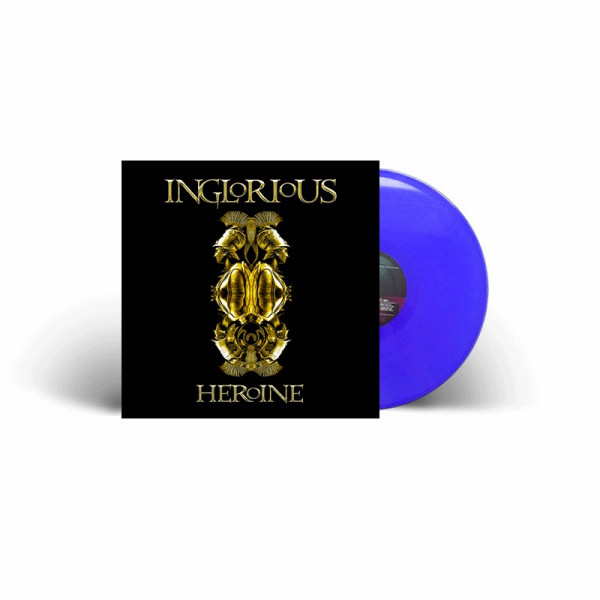 Hot on the heels of the successful February 2021 release of Inglorious' fourth studio album, “We Will Ride”, their first with the new line-up of Nathan James, Phil Beaver, Danny De La Cruz, Dan Stevens, and Vinnie Colla, the band headed right back into the studio to record a very special new album. The up-and-coming British hard rockers' new release, titled “Heroine,” is a tribute to the various outstanding female musicians who have influenced the band either musically and/or vocally. From putting their own hard rock imprint on pop hits from Whitney Houston, Miley Cyrus, Avril Lavigne, and Christina Aguilera to taking on timeless classic rock songs by Tina Turner, Heart, and Joan Jett, and contemporary rock by the likes of Evanescence, Alanis Morissette, and Halestorm, Inglorious showcase their versatility with the song selections for this covers album.
The band's new lineup is now more gelled and cohesive after having toured for the band's third album, writing and recording together for the fourth album, and now the recording of this fifth album. The guitar duo of Danny Dela Cruz and Dan Stevens interplay and feel shines and the rhythm section of Phil Beaver and Vinnie Colla is tighter than ever. Vocalist Nathan James takes on the daunting task of performing songs originally done by such amazing singers with respect and confidence. The overall results are astounding and a pleasant surprise for the band's fans, who likely weren't expecting a new batch of recorded music this quickly.
Inglorious are five young men with a mutual love and respect for two long-running tentpoles of hard rock music: big guitar riffs and soulful vocals. Formed in February 2014, the band is fronted by Nathan James, who made a name for himself having sung for the multi-platinum selling Trans-Siberian Orchestra and legendary Scorpions guitarist Uli Jon Roth. Nathan was looking for like-minded musicians that desired to make incredible rock music in a very honest fashion. The band’s self-titled debut album received critical and fan acclaim. The follow up album, “II” was another well received affair and was followed by the band’s third album, “Ride To Nowhere". Their fourth studio album, “We Will Ride” was released in February 2021 and charted in the UK, U.S., and several European countries.
The band has toured extensively in the UK and Europe, including appearances at prominent festivals like Download and Ramblin’ Man.


Tracklisting:
1.Queen Of The Night
2.Barracuda
3.Midnight Sky
4.Nutbush City Limits
5.Bring Me To Life
6.Fighter
7.I'm With You
8.I Hate Myself For Loving You
9.I Am The Fire
10.Time After Time
11.Uninvited