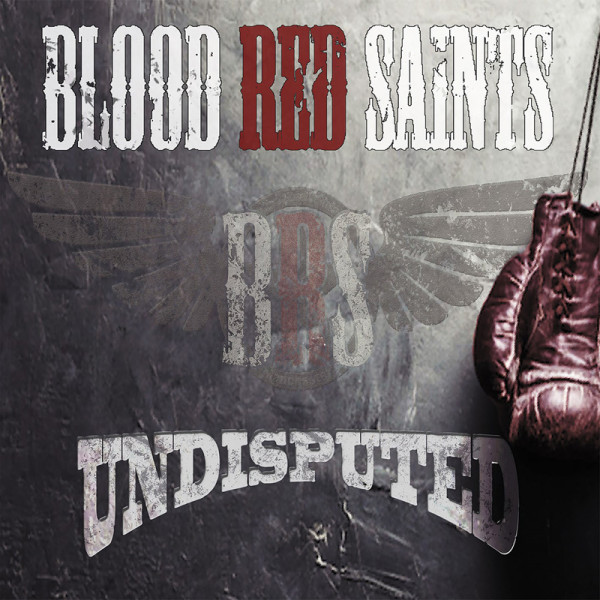 UK melodic rockers Blood Red Saints have returned to the Frontiers label, who originally worked with them in 2015 on their debut, for their next studio album. August 6, 2021 will see the release of the fourth studio album from the English rockers, 'Undisputed'. Musically, the album is a return to the melodic rock style as heard on the band's debut, "Speedway," which earned them fan and critical praise from the broader melodic rock community. Written during the Covid-19 pandemic, the recording of "Undisputed" took place at guitarist Lee Revills' home studio. "We didn't set out to write a certain type of record, we brought ideas to the table and they happened to be melodic. As we lived through the process and can reflect on these songs, this feels like it is shaping up to be our strongest album to date," says Revill. Adds vocalist Pete Godfrey, "'Undisputed' is the idea behind the artwork being boxing themed, but for sure it's no concept album. We loved the analogy of the music industry being a fight to get your music heard, to get it out there, and to fight back against the people who want to knock you down. We are back and we're coming for you!" Blood Red Saints were formed at the end of 2014 by singer Pete Godfrey and bassist Rob Naylor from the band Angels or Kings. They quickly got to work writing their debut album. Their search for a name ended with the chance discovery of a semi-legendary Speedway team “The Blood Red Saints”, who were formed in the late 1920s in Brooklyn, New York. Their leader 'Freddie Rendetti' became synonymous with the team and was a fiery, colorful character who ultimately lived the fast life a little too fast. The band loved the name and ran with it. James Martin of VEGA came along and was instrumental in getting the band signed to Frontiers Music Srl for their debut album, "Speedway". James and his twin brother Tom also co-wrote two songs on the album and none other than Harry Hess (Harem Scarem) took care of the mastering of the album. The band’s debut album was an impressive slice of classic British AOR, following in the traditions of early Dare, FM, and Newman. The band then went on to record two well-received albums, "Love Hate Conspiracies" and "Pulse", for AOR Heaven, but have now returned to Frontiers for their forthcoming fourth album, "Undisputed".