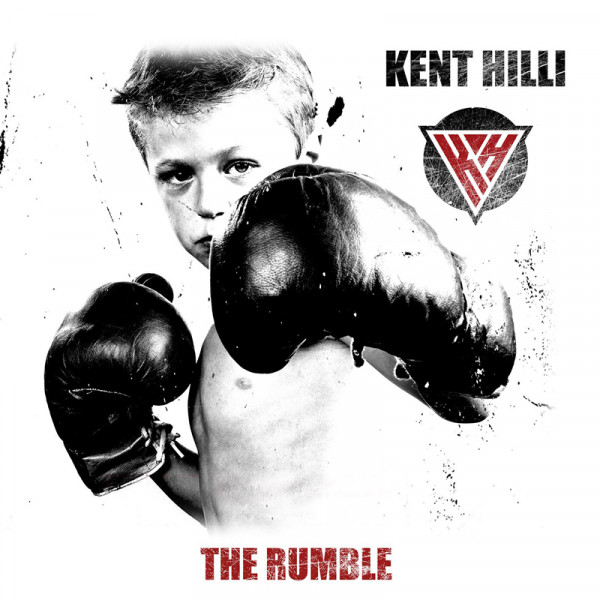 Vocalist Kent Hilli’s debut solo album “The Rumble” is the culmination of the musical path that the Swedish singer started journeying down since he debuted with Swedish melodic rock upstarts Perfect Plan. Kent’s career in music started later in life than your average musician, at the beginning of '00s after he decided to quit his career as a football player.  While he started singing with a cover band in 2001, it was not until 2014 - when he started to write his own songs and playing with Perfect Plan - that he started to take a career in music more seriously. In 2017, when Perfect Plan completed their debut album "All Rise", the band got a deal with the Frontiers label. Upon the release of their first single 'In And Out Of Love', suddenly Kent’s astounding vocal abilities were known to an international audience and no longer a secret. Since that debut single, he has released two albums ("All Rise" - 2018, "Time For A Miracle" - 2020) and one covers EP ("Jukebox Heroes" - 2019). He also participated on Restless Spirits self-titled debut album, a melodic rock project masterminded by Tony Hernando (Lords of Black), where he was showcased alongside great artists and singers like Deen Castronovo (Revolution Saints, ex-Journey), Johnny Gioeli (Hardline), and Alessandro Del Vecchio (Hardline, JORN), among others.  “The Rumble” is Kent Hilli’s first solo album. To craft the album, Kent joined forces with Mike Palace, who has produced the album. This musical partnership has turned out to be a “match made in heaven”. Mike is an amazing talent and together with Kent they have developed an incredible chemistry that really caught the sound Kent was envisioning for the album.  Kent wrote all the songs on the album himself, except for four songs which are co-written. One song is co-written with Palace, two songs with Alessandro Del Vecchio and Pete Alpenborg, and one song is co-written with Kent's talented sister Tina.   A diverse album with both rockers and ballads, "The Rumble" is going to be a true delight for melodic rock fans. It is also a very “relationship oriented” album, with lyrics that are coming from a place of personal experience. The album resounds with the inspiration and influences from Kent's idols like Giant, Foreigner, Survivor, Whitesnake, and Europe, to name a few. That musical style is built in Kent's DNA by now. The legendary voices of Lou Gramm, Jimi Jamison, Dann Huff, David Coverdale, Joe Lynn Turner, and Joey Tempest are Kent's true inspirations and have influenced his vocal style. But anyone following along knows that Kent is very much his own singer and one of the finest to emerge in the melodic rock scene in quite some time.  Needless to say, if you love any of the classic bands mentioned above and certainly if you are a fan of Kent's work in Perfect Plan, then this record is for you!